Though the hotly-anticipated movie version of Fifty Shades of Grey doesn’t hit theaters until tomorrow, there is already nonstop chatter about the second and third films. One lady in particular who is looking forward to Fifty Shades Darker and Fifty Shades Freed is Marcia Gay Harden. 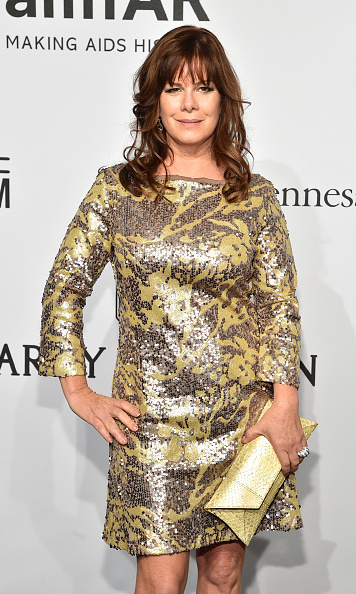 The news of the new films was announced during a fan screening with the film's lead stars Jamie Dornan and Dakota Johnson along with director Sam Taylor-Johnson and author E.L. James at New York City’s Zeigfeld Theatre last week.

When exactly the stars head back to set will be for quite some time and definitely after the hoopla from the first film. Marcia, who currently has a recurring role on ABC’s How to Get Away with Murder admitted, “They haven’t said.”

One actor she will be happy to connect with again is Rita Ora, who plays Christian's sister Mia Grey and whose role, while fleeting in the first film ("It’s a blink and you’ll miss it role, but I’m so happy to be part of it, the singer-turned-actress tweeted Wednesday) could be larger in the sequels if the screenplay mirrors the books.

"I love Rita Ora to my dying day. We became friends on it. She just made me laugh," Marcia told Cosmopolitan.com, confessing that she had no idea the singer was so famous while they were filming. "I didn’t really know who she was when I went to do the movie. I found out after we were great friends."

While his on-screen mother was in New York mingling with Heidi Klum, Brooke Shields and Naomi Campbell, Jamie and his costar Dakota looked picture perfect at the premiere during the Berlin Film Festival. The 25-year-old actress, who was greeted by throngs of fans, wore a long-sleeved Dior gown with a slight slit and red lips while Jamie continued to sport his anti-Christian Grey look with some scruff. 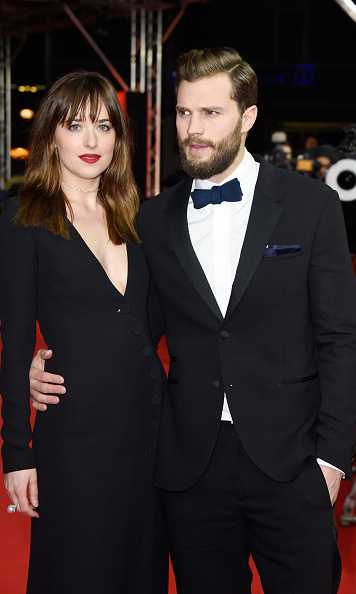 Needless to say, the first film will certainly keep viewers occupied for quite some time.

Click below to see who else attended the AmfAR Gala at Cipriani Wall Street: 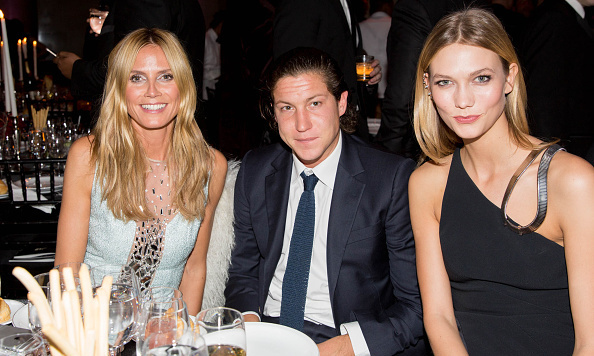