It might officially be known as Hollywood's award season, but that doesn't keep the music industry from going all out. At the The 57th Annual GRAMMY Awards on Sunday night, America's most beloved rock stars and musicians donned their finest (and funkiest) attire to mingle with their peers and pick up a few awards. 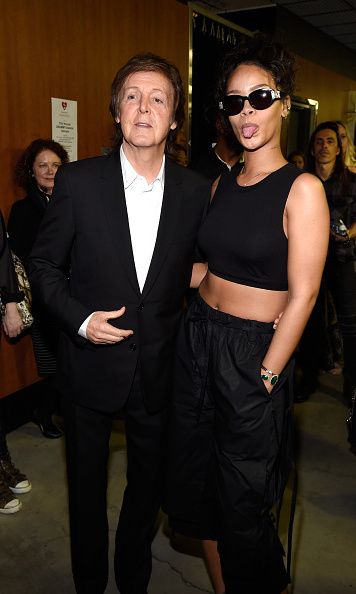 
Madonna, as usual, wore a show-stopping matador-inspired number by Givenchy, Gwen Stefani gave a punk spin to a chic Atelier Versace jumpsuit, Jessie J went all out in Ralph and Russo, while Ryan Seacrest looked ever so dapper in a blue tux from his line, Distinction.

And then there was rock royalty — Paul McCartney — effortlessly wearing a black suit while having some fun with Rihanna, casually decked out in a midriff-baring top.

Other couples turning heads were John Legend with his gorgeous wife Chrissy Teigen in Pucci and their Waffle House double date partners in crime Kim Kardashian and Kanye West. Kim, in Jean Paul Gaultier, showed off her new short hair, and her hubby told Ryan Seacrest that she looked "beautiful."

While they walked separately, John Mayer looked handsome in a tux while a Zuhair Muhrad clad Katy Perry was feeling colorful with lavender hair.

Who else graced the award show with their presence? Take a look at which celebrities donned the red carpet: 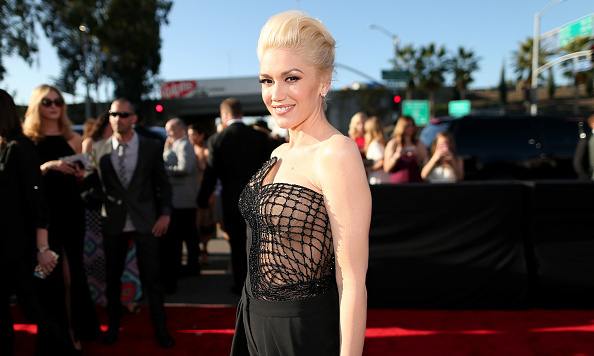