Lisa Marie Presley just got a son-in-law. Her daughter Riley Keough, 25, married Ben Smith-Petersen on Wednesday, HELLO! can confirm in a "beautiful and intimate ceremony." 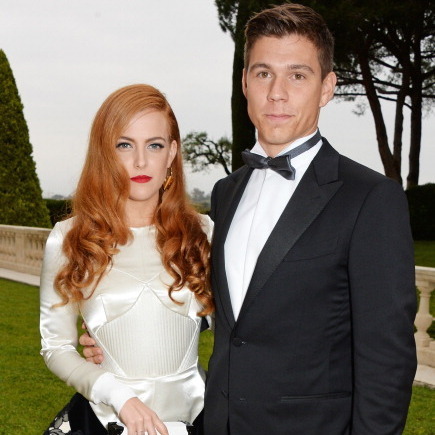 "Riley and Ben were married in a small, private afternoon ceremony surrounded by close family and other loved ones," Riley's rep exclusively tells HELLO!. "It was a beautiful day and they couldn't be happier."

The granddaughter of music legend Elvis Presley and her beau tied the knot on a vineyard in Napa, in front of about 50 friends and family that included her Runaways costar Kristen Stewart, Cara Delevingne, Zoe Kravitz, John Travolta with wife Kelly Preston and Linda Ramone. Fifty Shades of Grey star Dakota Johnson and Abbey Lee Kershaw were bridesmaids.

The model-turned-actress met her now husband while filming Mad Max: Fury Road in 2012, but the two didn't start dating until the beginning of 2014. Ben was a stunt performer on the film that will be released in May. The two then announced their engagement in August on Facebook.

Showing off a huge rock, Riley captioned the photo, “So that happened.” The couple are also parents to a 1-year-old French bulldog named Grubs Smith-Peterson. On set, Riley fondly referred to the loves in her life as "my boys".

Prior to meeting Ben, Riley dated singer Ryan Cabrera in 2006. She and Magic Mike co-star Alex Pettyfer then dated and became engaged in 2012. After ending that engagement, she and Ryan were reunited before she met her future husband.

The actress was featured on the cover of our sister publication in the UK, HELLO! Fashion Monthly, in November. 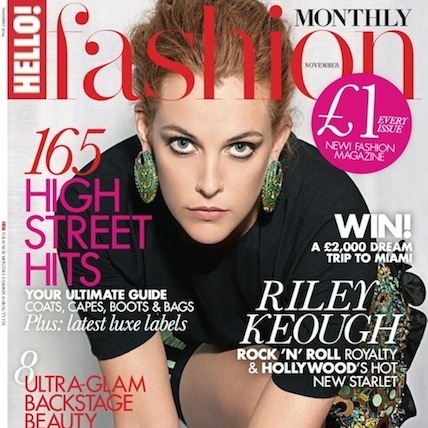 To download a copy of the issue visit iTunes.