Rosamund Pike further cemented her status as a style star on Monday. The Gone Girl actress, up for a best actress award, attended the Academy Awards Nominee Luncheon in Beverly Hills dressed in a white Vionett minidress that showed off her toned legs. 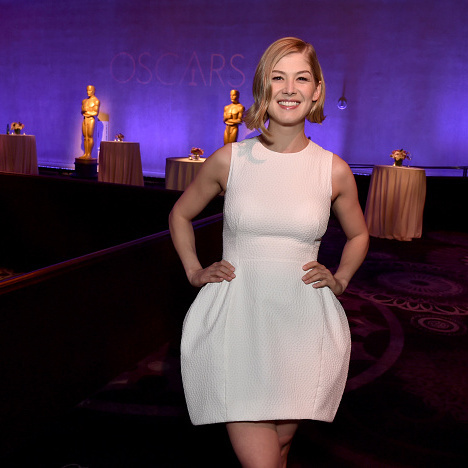 The British star, 36, recently gave birth to her second child in December, though one wouldn't know it from her svelte, toned body. Rosamund, who is no stranger to high fashion, accessorized with nude Brian Atwood sandals and gentle waves in her hair. 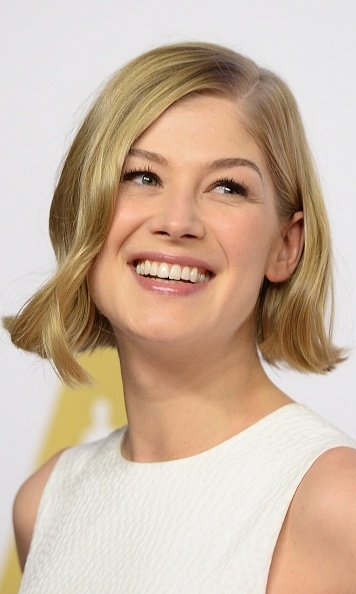 Since last March, Rosamund has worked with New York-based stylist Ryan Hastings, a Vanity Fair contributor, who has opted to dress her in bold, elegant looks from designers such as Alexander McQueen, Erdem, Prada and Joseph Altuzarra.

“She is very open to trying new designers and ideas,” Hew Hood, Rosamund's stylist up until last spring, told the New York Times. 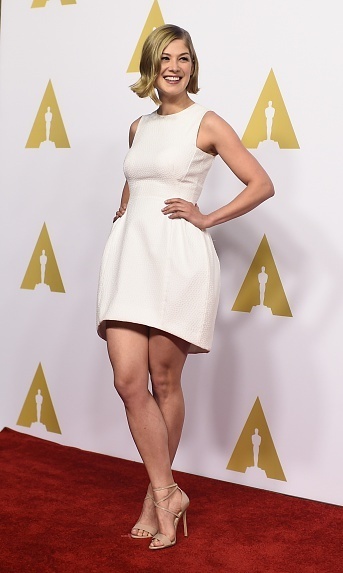 The acclaimed actress, who stands at a statuesque 5'9, has been displaying a wide range of styles during this awards season. She has been seen in everything from fashion-forward billowy dresses to sophisticated feminine looks. We can't wait to see what she wears to the Oscars on February 22. 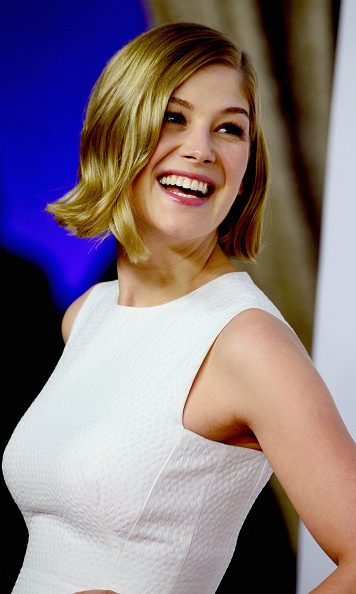 Plenty of other A-listers were in attendance at the star-studded luncheon, including Reese Witherspoon who also wowed in a white Giambattista Valli dress, Bradley Cooper, Emma Stone, Oprah Winfrey and more.

Click on the image below to see all the celebs: 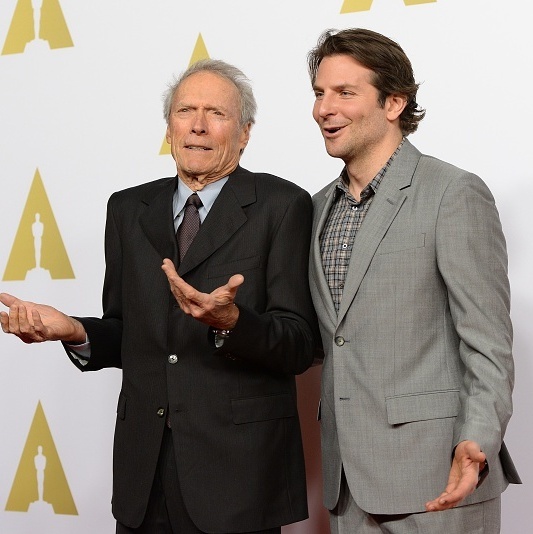