Since welcoming their daughter in December, Blake Lively and Ryan Reynolds have not revealed much other than that they had a baby, and it is a girl. 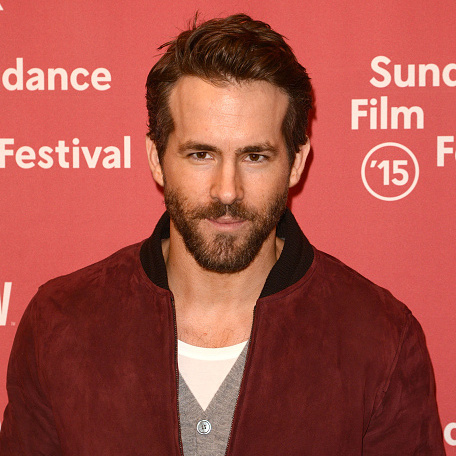 Ryan has opened up a little about his and Blake's daughter's name Photo: Getty Images

The Preserve founder did tell PEOPLE in January, “This is the happiest time in my life, and I could say that every day. I often feel like, ‘I can’t believe I’m experiencing this.’”

And now her husband is opening up just the slightest bit. While promoting his new movie The Voices, Ryan confirmed that his daughter’s name is… not Violet — the name that other outlets reported was given to baby Reynolds.

As for clue no. 2 to his daughter’s name? Back in October, he joked to Canada’s eTalk about what they will not be naming their child. He explained, “I don’t want a name that’s anything pretentious or, like, Hollywood-y.”

Though he and his wife are enjoying their privacy with their 6-week-old daughter, he did gush about fatherhood. "It's still so new that it's hard to conceive being away for more than seven hours at a time," he said of spending time away from his little girl. "I had to go to Sundance this last week. I was more excited to get a good night's sleep. It was borderline pornographic for me." Blake and Ryan have been loving every moment of their new life with baby Reynolds Photo: Getty Images

Similar to Mila Kunis and Ashton Kutcher, this duo are going at the whole parenting thing without any outside care. “I don’t sleep very much,” he continued. “It’s great. It’s wonderful. But my brain is elsewhere.”

Despite the lack of sleep, Ryan already mentioned to E! News that his little girl has him wrapped around her little finger. He told Jesse Giddings, “That started well before she was born!”