Tom Brady and the New England Patriots may be the Super Bowl 49 Champions, but halftime performer Katy Perry certainly had a winning night as well. 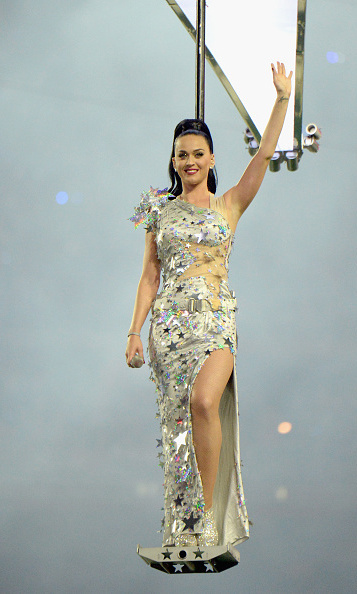 Before she took to the field to perform her 12-minute set that included songs "Roar," "Dark Horse," 'I Kissed a Girl," and more with Lenny Kravitz and Missy Elliott, her exes played nice and wished her nothing but luck. 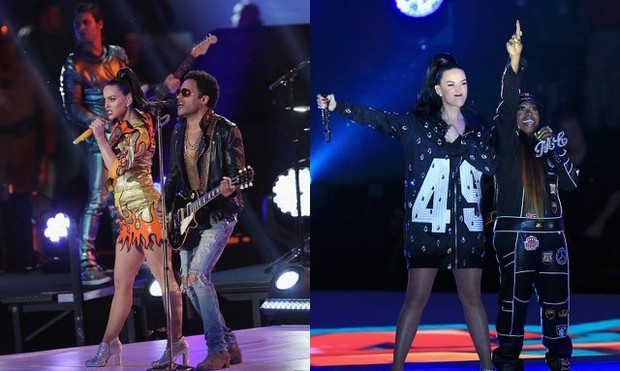 Her ex-husband Russell Brand took to Twitter before her performance and wrote, “Super Bowl may be baffling to Brits but half time show will be amazing. Good luck KP.” The two were married for 14 months and then split in 2012.

Super Bowl may be baffling to Brits but half time show will be amazing. Good luck KP

Katy’s most recent fling Diplo also was proud of the songstress. “@Katyperry murdered it,” he shared via app PHHHOTO, along with a snap from her performance.

As for who was cheering her on in the stadium as she sang a medley of her hits — that was John Mayer. The two recently reconnected after they decided to part ways in February 2014. Though Katy hasn’t exactly come out and said that the duo are back in harmony, she did talk to Billboard about relationships.

Katy and John have been on and off for the past two years Photo: Getty Images

"What I will say is that to have any relationship at this level you have to just be protective and figure out how to navigate it,” she told the magazine. “There is no handbook. In all my relationships, I've learned how I have to be more careful and that it's not up for public consumption.”

Well, it seems Missy confirmed that the duo are in fact back together in a public way. After the game, Missy tweeted a pic with Katy and John. She captioned the image, “After party Super Bowl with @johnmayor [sp] and @KatyPerry.”

In the pic, Katy is cuddled up to John. Also after the game, Katy thought it was as good a time as any to get another tattoo. She instagrammed as the tattoo artist inked her and the after picture which was the roman numerals for 49.