Emma Watson is a fighter. The seemingly soft-spoken actress who grew up on the big screen in the massively popular Harry Potter series is proving she has quite the voice. The 24-year-old appeared at the World Economic Forum in Davos, Switzerland to continue pushing for gender equality and women’s empowerment. 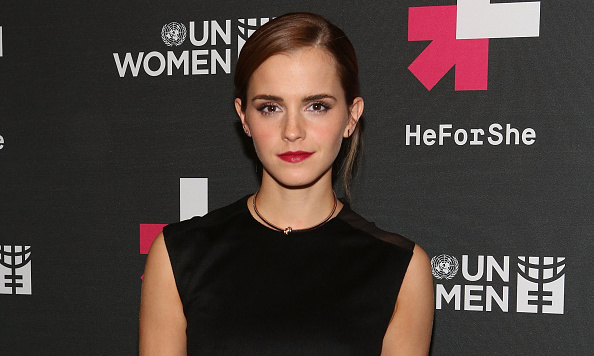 Emma attended the launch of HeForShe in September in NYC Photo: Getty Images

The British actress, who graduated from Brown University with a degree in English literature in 2014, was on hand to unveil the new HeForShe IMPACT 10X10X10 initiative which will take big strides to minimize the gender gap across the world. Speaking to world leaders, the Noah star started out by saying, “Since HeForShe launched in New York last September, I think it would be fair to say that my colleagues and I have been stunned by the response.

“The HeForShe conference was watched over 11 million times, sparking 1.2 billion social media conversations, culminating in the #HeForShe hashtag becoming so popular that Twitter painted it on the walls of its headquarters. And men from almost every country in the world signed up to our commitment.” 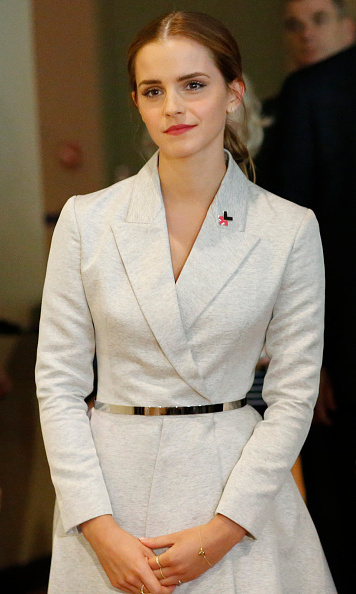 So far, along with Emma, Prince Harry, Hillary Clinton and Yoko Ono have shown their support. Emma added, “Everything from marathons being run, merchandise being created, 15-year-old boys writing to national newspapers deploring female discrimination, young girls collecting hundreds of signatures — it’s all happened in the last four months. I couldn’t have dreamed it, but it’s happened.”

Emma first became involved with the United Nations last year and was named a UN Goodwill Ambassador in the summer. In September, she was on hand for the HeForShe campaign launch in New York City where she revealed that she has faced sexism since the age of 8 when she was called “bossy” for wanting to direct the school plays.

From there, she added that the labeling of staunch feminists as “man-haters” has to end.

We hope people take notice and love the way Emma is using her stardom for good. Keep doing what you are doing — your message is being heard loud and clear.

Watch her speech at Davos here: