Jaime King is speaking out on a personal topic: infertility.

The model and actress, 35, went public about her own struggles conceiving her first child, and how she wishes the landscape was different for women.

Jaime, who had five miscarriages, was diagnosed with polycystic ovarian syndrome, a condition that affects female sex hormones and fertility, and therefore, needed help starting a family. It wasn't an easy conversation to have with others, even though so many others suffer the same struggle. 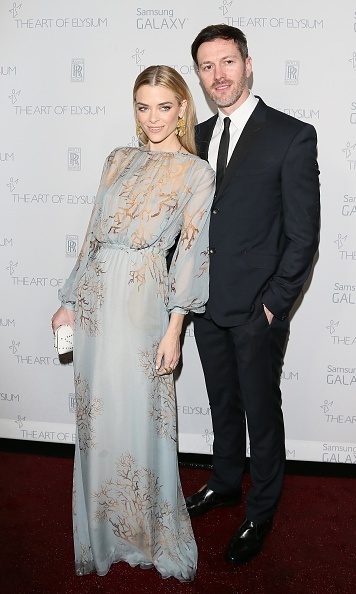 Jaime King has been married to Kyle Newman since 2007

“I was hiding what I was going through for so long, and I hear about so many women going through what I went through. If I’m open about it, hopefully it won’t be so taboo to talk about it,” the Hart of Dixie star told PEOPLE.

Jaime went through five rounds of IVF and 26 rounds of intrauterine insemination (IUI) before she was finally given good news — she had conceived naturally with her husband Kyle Newman.

“When I got pregnant, it was the best thing in the whole world. I had never felt so grateful, happy and elated,” Jaime recalled.

Angel boy #JamesKnight I love you

After 26 hours of labor, Jaime gave birth to son James Knight in October 2013. Even though she had waited years for a child, she admitted she didn't have that “angels singing moment” right after. The blonde beauty also said that motherhood was oftentimes hard, especially as she suffered from postpartum depression.

“The baby was with me, but my husband was gone [on set]. I was basically by myself," she said. "Having to go back to work was very traumatic because I was still breastfeeding and up every two hours. I felt this major pressure.

It took some time, but now Jaime has found her balance and loving every bit of motherhood. In fact, she hopes to expand her family even further one day.

“I don’t know what the future holds,” she continued. “All I know is I can’t control it, and I’m okay with that.”