Before Eddie Redmayne started schmoozing with Hollywood’s elite, he was palling around with none other than Prince William. 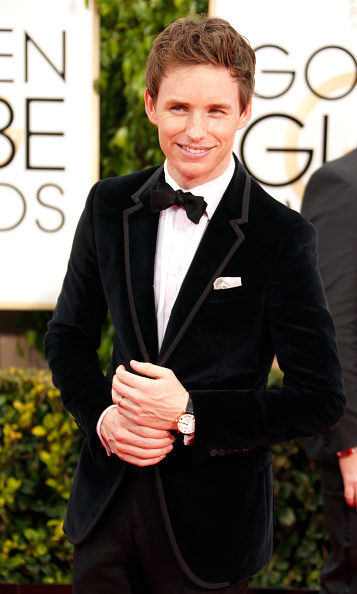 Eddie has worked with Angelina Jolie and Julianne Moore

The Golden Globe winner opened up to Glamour just ahead of the awards season and chatted about his school days with the 32-year-old royal. “We were on the same rugby team at Eton College,” Eddie told the magazine. “He’s a wonderful man.”

He continued, "I always felt slightly sorry for him because everyone wanted to tackle the future king of England. He took all the hits.”

The London-based star and William were in the same year at Eton — the prestigious boarding school in Berkshire where Prince Harry also attended. 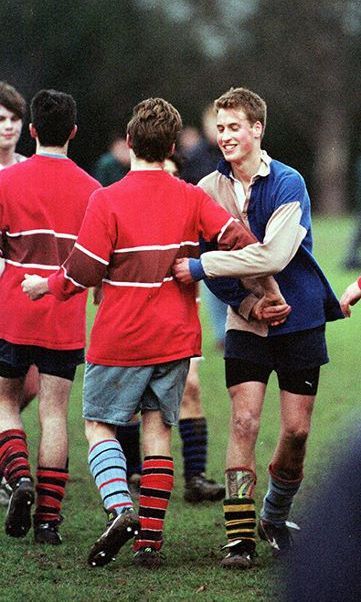 Eddie, 33, went on to study history of art at Cambridge while William studied geography at St. Andrews.

The Theory of Everything star is now making his own waves for his performance in the biographical movie. He earned a Golden Globe for best actor on Sunday and is nominated for BAFTA and SAG awards.

The recently married actor (he married Hannah Bagshawe in December) had his eye on the role and succeeded. “I chased it pretty hard,” he said. “I called [the director] James [Marsh] and we met in London. He drank a few coffees; I downed a few pints. As I got more tipsy, I got more effusive about my desire to play this part.”

The history buff added, “I had no idea that there was such an astounding story behind [Stephen] Hawking.”

We can only assume Prince William is cheering on his school buddy this awards season!