It was a big night for the Clooneys! George returned to the Golden Globes on Sunday as a newlywed and was awarded the Cecil B Demille Lifetime Achievement Award. 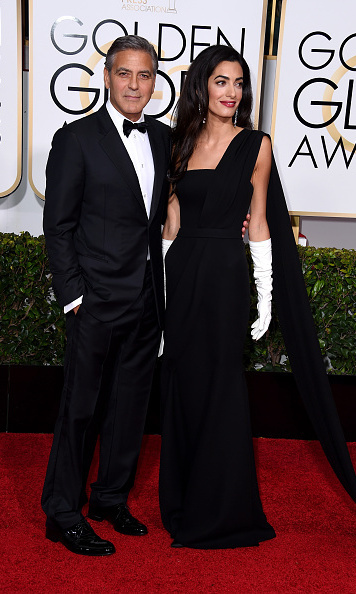 Right by his side was his stunning and smart wife, Amal Alamuddin. The international lawyer, who already is known for her great fashion sense, wowed in Dior Couture. She also paired the black gown with her own white long gloves.

While talking to NBC’s Matt Lauer and Savannah Guthrie on the red carpet at the Beverly Hilton, Amal couldn’t stop beaming. “I’m just really proud of what we are celebrating tonight. It’s my first time at the Golden Globes,” she said. “I’m sorry I brought the British weather with me, but we are very happy to be here.” 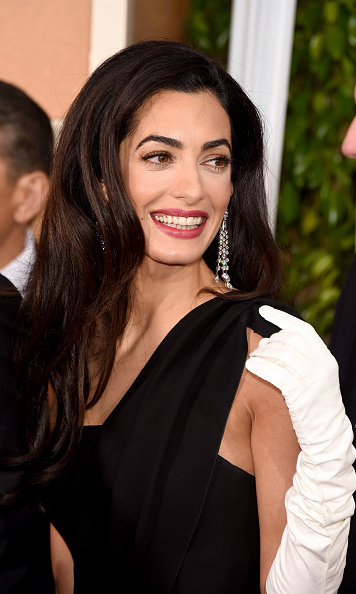 During his acceptance speech, which was presented by longtime friends Julianna Margulies and Don Cheadle, the accomplished actor too couldn’t contain his love for his wife of three and a half months.

“I’ve had a pretty good year myself, and I’m not just referring to the fabulous reviews of The Monuments Men,” George said. “It’s a humbling thing when you find someone to love. Even better if you’ve been waiting your whole life and when your whole life is 53 years… Amal, whatever alchemy it is that brought us together, I couldn’t be more proud to be your husband.” 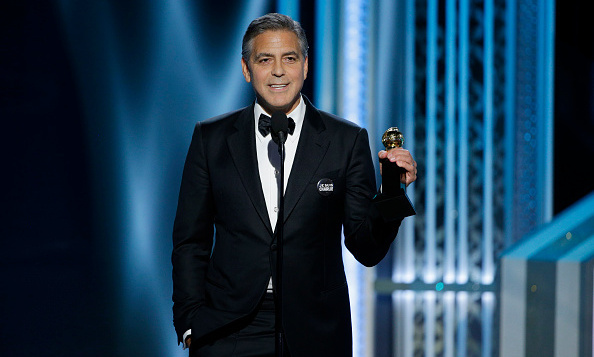 George wore his wedding tux to the Golden Globes

As George was speaking, Emily Blunt, who scored a coveted invite with husband John Krasinski to the Venice nuptials, looked back at a glowing Amal.

Later, in the press room, George told reporters he also had a new found appreciation for his wife and women who attend award shows. “Guys have it so much easier. It’s honestly not fair," he quipped. "Amal was looking at dresses last night, still trying to figure out what she was going to wear, and I was watching the football game.”

He continued, “It was 2 o’clock this afternoon, we were still watching the ball game. It’s not fair to women at the award show, but it’s nice. I’m wearing my wedding tux.”

It’s certainly hard to believe that this was their first high-profile carpet together. Amal had as much composure and savviness as her life partner.

That’s why it seems George finally found his match and much to the excitement of hosts Tina Fey and Amy Poehler!

Check out how the newlyweds were the topic of their opening and more of their funny moments in the video below: