It might have been grey and dark in Los Angeles, but the celebrities sure were bright. At this year's Golden Globe Awards on Sunday night, Hollywood's latest and greatest wore a distinct rainbow of loud, bright colors. 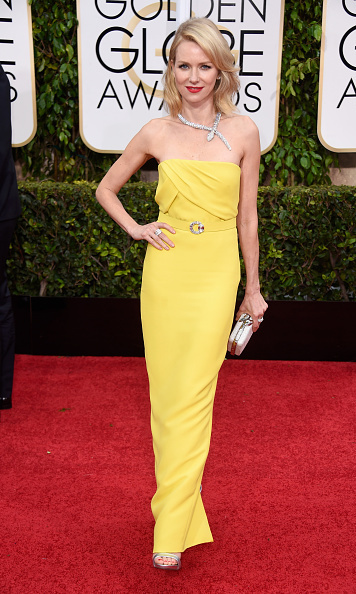 It was a big night for A-listers, who opted for more bold hues such as canary yellow and lipstick red. Naomi Watts stunned in a form-fitting yellow Gucci number, while TV actresses such as Lena Dunham, Julianna Margulies and Allison Williams all wore notice-me crimson shades.

Meanwhile, old Hollywood style made its way to the red carpet with newly-married Amal Clooney donning chic white gloves, Amy Adams echoing retro glamour in a romantic blue Versace gown and many had hairstyles side-swept, pulled back into a bun or twist. 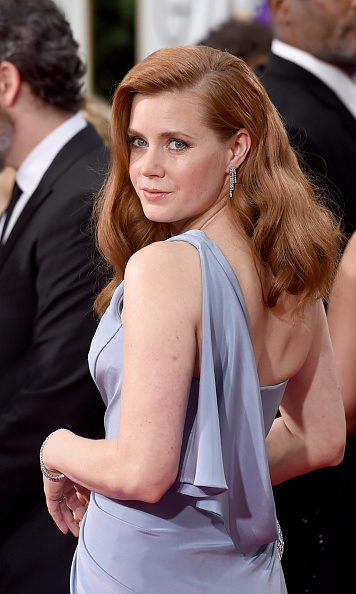 Jessica Chastain holds her own in an icy blue gown 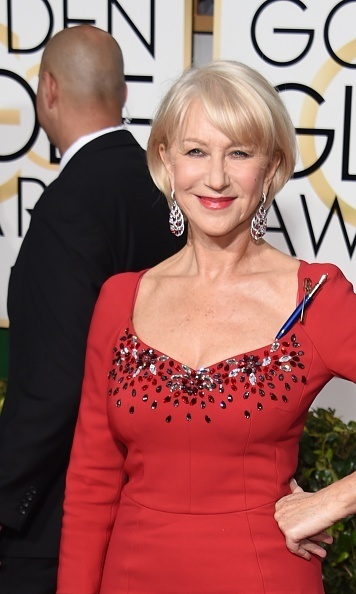 Out of the showstoppers, fans and TV hosts couldn't lay enough compliments to two stunners of the evening: Jennifer Lopez showed off a bit of leg in a revealing, caped Zuhair Murad gown and Dame Helen Mirren wore a regal red form-fitting dress.

So who wore it best? That's up to you. Take a look at all the fashion of the night: 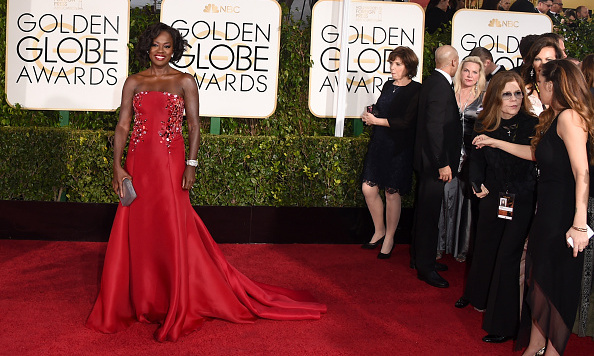