You have to hand it to Rosamund Pike. Just one month after giving birth to her second child, the Gone Girl star looked ever so chic at Variety's Creative Impact Awards and 10 Directors To Watch brunch in Palm Springs, California. 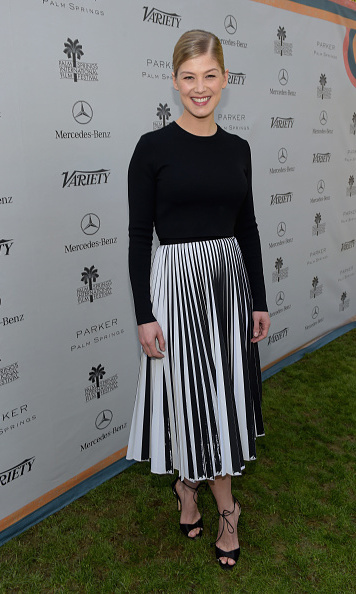 
On Sunday, the British beauty, 35, attended the industry event in an understated black top and sophisticated black and white pleated midi-skirt, paired with high-heeled peep-toe sandals.

Since last March, Rosamund has worked with New York-based stylist Ryan Hastings, a Vanity Fair contributor, who has opted to dress her in bold, elegant looks from designers such as Alexander McQueen, Erdem, Prada and Joseph Altuzarra. 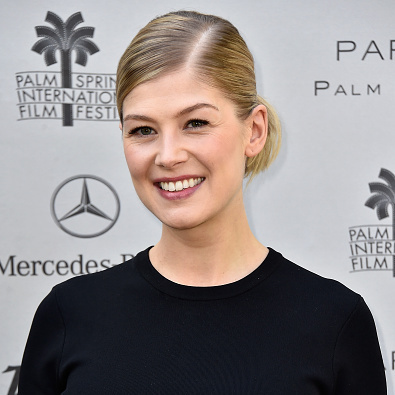 Fresh-faced beauty Rosamund Pike has been married since 2009


The brunch also featured such A-listers as Julianne Moore, Steve Carell and Chris Rock, who posed with Rosamund for photos. 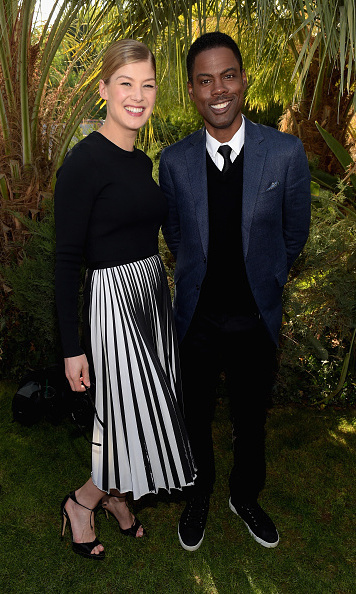 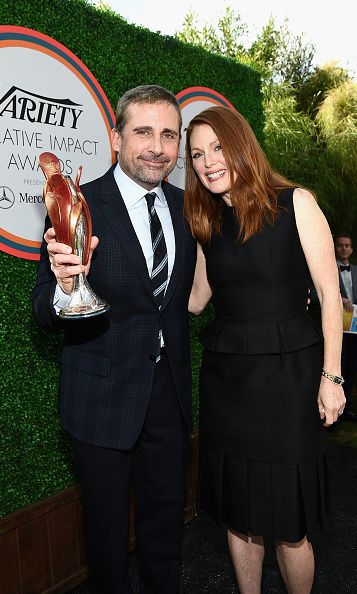 
It was a jam-packed weekend for the actress. On Saturday night, Rosamund was on hand to receive the 26th Annual Palms Springs Film Festival award for a breakthrough performance by an actress.

While accepting the award for her role in the David Fincher thriller, Rosamund noted that her film roles including that of a Bond girl in Die Another Day didn't exactly put her as a top choice for the acclaimed director's dark thrillers. "But after 12 years, bingo, he called,” she told the LA Times. 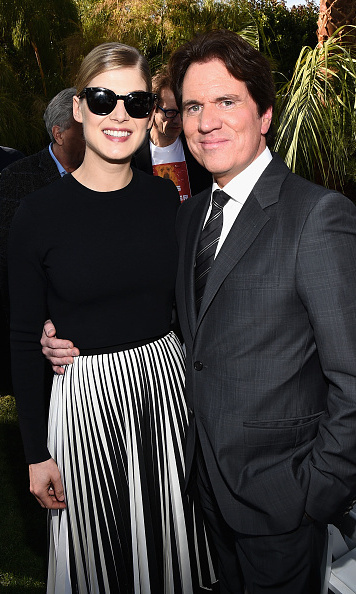 
We will likely see quite a bit of Rosamund and her fantastic wardrobe this awards season as she has been nominated for both a Screen Actors Guild and Golden Globe Award. 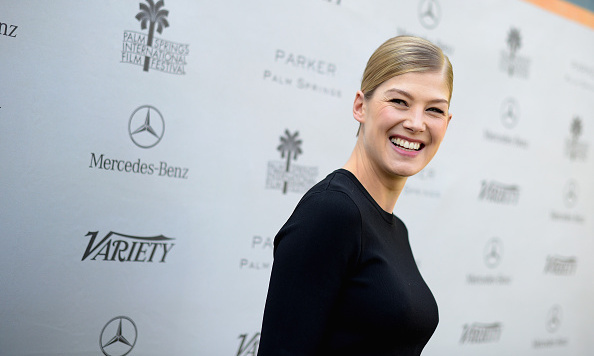