While arriving to Comedy Central's The Daily Show on Thursday evening to promote her new WWII biopic Unbroken, Angelina Jolie, 39, made one megafan's day. According to the NY Daily News, the woman named Techne reportedly suffered a panic attack while waiting for her to arrive to the New York City studio. 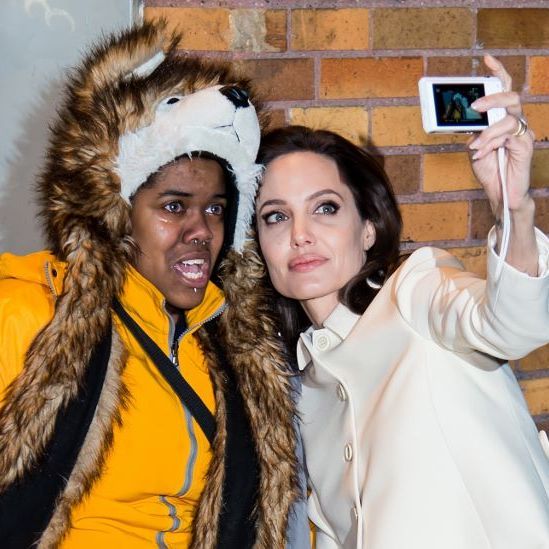 Angelina Jolie snapped a selfie with the woman

After signing numerous autographs, the mother of six went over to Techne who was seated on the pavement and wiped away her tears. Angelina, in black pants and a winter white coat, got down on her knees to talk to her, snap photos and sign a stack of magazines.

And it didn't stop there. The UNHCR ambassador made sure the selfie was perfect before heading into the building to chat about her second directorial effort with this film. 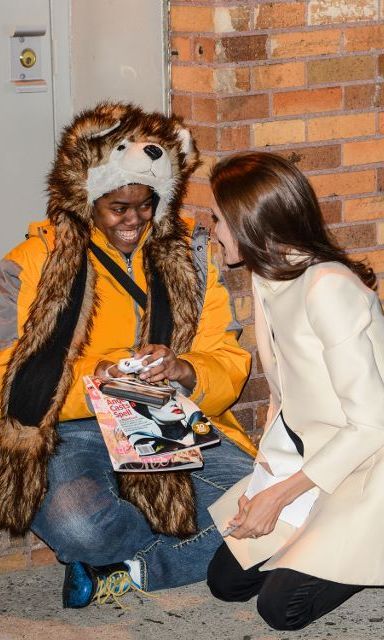 Inside Angelina received praise from host Jon Stewart. She and Jon starred alongside each other in the 1998 film, Playing by Heart.

"Ever since I met you about 20 years ago on set, I thought, 'This person has talent coming out of everywhere,' he said. "You meet certain people and you go, 'This person embodies something different, special.' I've always thought that about you."