In her next step toward world domination, Taylor Swift stars in a New York City tourism video explaining the many beauties (and mysteries) of the concrete jungle.

For newcomers, the lingo many New Yorkers use on a daily basis can seem like a completely different language. To help, Swift — who was just named New York's resident "Global Welcome Ambassador" — helps decipher common New York words like "bodega" and "Houston." 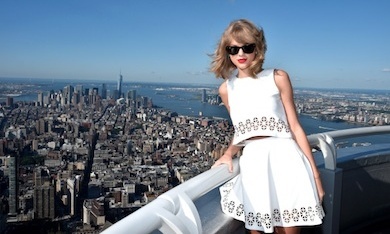 Taylor poses with the New York skyline behind her

Taylor's New York Dictionary (yet to be trademarked, but just give it time) only has three entries right now:

bodega (noun): a corner store that's open pretty much 24 hours most of the time. You can get almost anything in a bodega. Bodegas are our friends.

Houston Street (noun): Most commonly confused with the pronunciation 'H[u]ston Street.' When you get here, and you see the sign, you'll think 'Oh, Houston, Texas! Houston Street. Wrong."

stoop (noun): Anything that's basically a stairway entry to a dwelling, home, apartment, brownstone or townhouse is referred to as a stoop. (Not to be confused with a porch.) 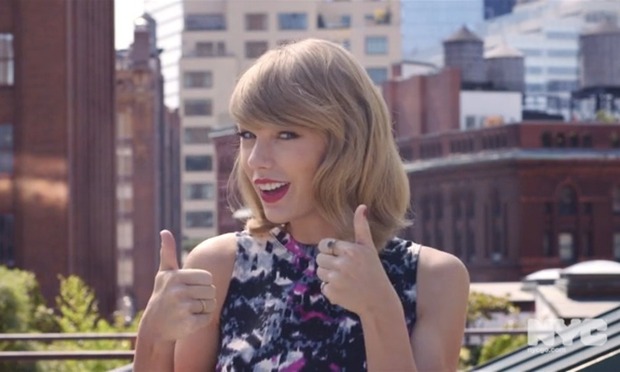 The 24-year-old singer just released her new album 1989, which includes an ode to her new favorite city called "Welcome to New York."