Lauren Conrad has always had good taste, so it's no surprise her nuptials were nothing less than gorgeous. And as expected, her dress certainly didn't disappoint.

Conrad, 28, who married William Tell, 34, in September, recently expressed her love of the couture wedding gown by Badgley Mischka.

The designers behind the brand, Mark Badgley and James Mischka, characterized their creation as "simple and classic yet glamorous". Adorned in lace, the dress came with a long, flowing train, while Lauren topped it off with an exquisite gold leaf barrette.

"I was so thrilled to have Mark and James work on my dress," Lauren said in a statement. "Not only have I been a long-time fan of their designs and aesthetic, they are also the nicest guys. They were so sweet and made the process really enjoyable. I love my dress."

The acclaimed design team had only kind words for the newlywed, adding: "We were delighted when Lauren asked if we would design her wedding gown. Lauren embodies a young, modern, and sophisticated style that is the type of woman we love to design for." 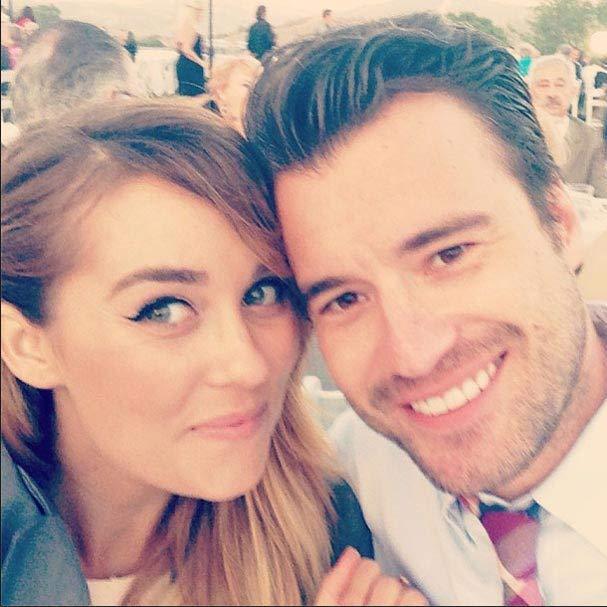 Tell, a former musician who earlier this year put his rock 'n' roll career on hold to study law, married the former star of The Hills in a romantic ceremony in Santa Ynez, California on September 13 in the presence of their friends and family.

"What a perfect way to start our lives together, surrounded by the people we love most," the couple told Us Weekly.

The former reality TV star has previously expressed that she would have nine bridesmaids on her wedding day, among them best friend and Paper Crown co-founder Maura McManus and fellow Hills veteran Lo Bosworth.

Some selections from the Paper Crown bridesmaids collection

Conrad dressed her bridal party in designs from her and Maura's bridesmaids collection, providing the option of picking gowns from two colors. She also gave out little gift bags on the big day, filled with pale pink and nude nail polish.