David Beckham is lending his considerable star power and influence to the global effort to stop the Ebola epidemic.

England's storied former football star is now an ambassador for the United Nations' children's agency Unicef and is staring in a new video explaining how to control the spread of the disease.

David, 39, will stress in the video how crucial cleanliness and hygiene are towards preventing the spread of the deadly virus. This important message will be broadcast across West Africa. 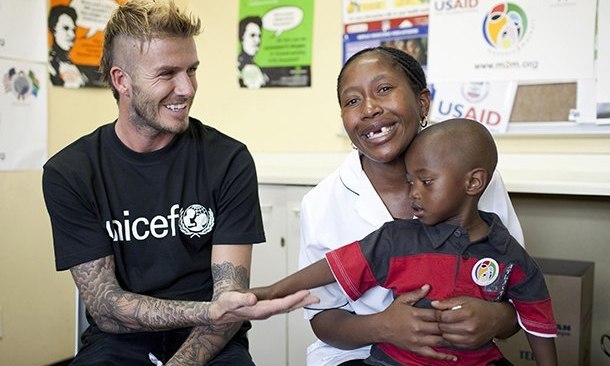 "To have David Beckham involved in this campaign is massive for us and we are so grateful to him," Sierra Leone Football Association president Isha Johansen told The Sun, stressing Beckham's celebrity influence. "All men, women and children follow a player or a team from the Premier League but David Beckham is the favorite."

"Our country and the whole of West Africa is facing a terrible plight," she added. "And the numbers who are dying are incredible."