For his latest cinematic epic about World War II, actor Brad Pitt reached out to a very knowledgable expert – his 13-year-old son, Maddox Jolie-Pitt. Brad revealed that his teenager had become so fascinated by tanks that he'd started researching them on his own and became a valuable resource during the making of Fury.

"Maddox knows so much about tanks that when we first started on the movie, I was asking him for information," Brad told the Radio Times. "He has an extensive knowledge developed on his own since he was young." 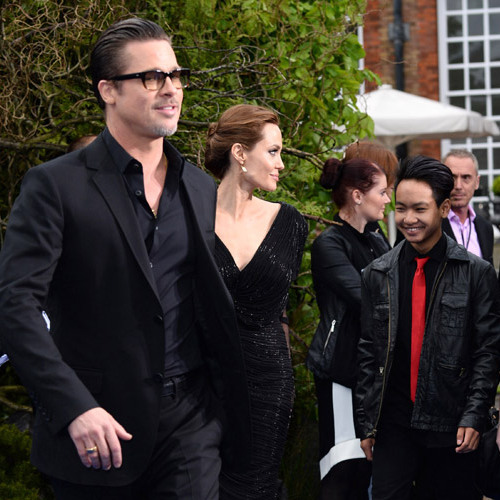 In Fury, Brad, 53, portrays an army sergeant leading a crew of five soldiers in a Sherman tank behind enemy lines on a perilous mission. Much of the movie was filmed on a set in Hertfordshire and Oxfordshire, England in 2013.

Brad's younger son Knox, 6, was also intrigued by the making of the film. "He loved the tank, and though he has no concept of war or what the tank's history is, he was so drawn to it. There is that inexplicable fascination that man has with machine." 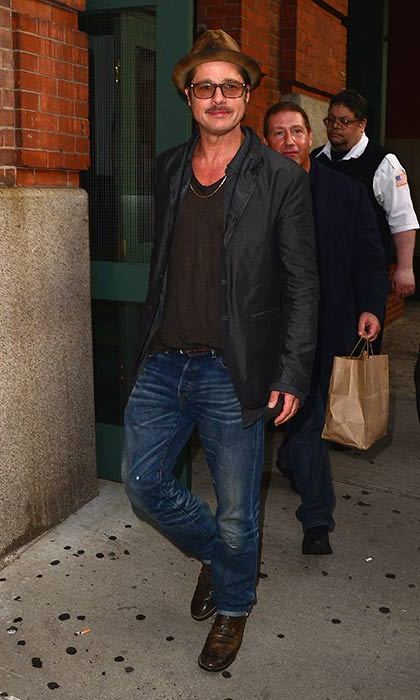 Speaking candidly in the interview, Brad admitted that he'd had experience handling weapons since he was quite young. "I got my grandfather's shotgun when I was in kindergarten.

"There's a rite of passage where I grew up of inheriting your ancestors' weapons ... My brother got my dad's."

Brad reinforced the sincerity of this tradition by noting that his father had instilled "a profound and deep respect for the weapon" within him. 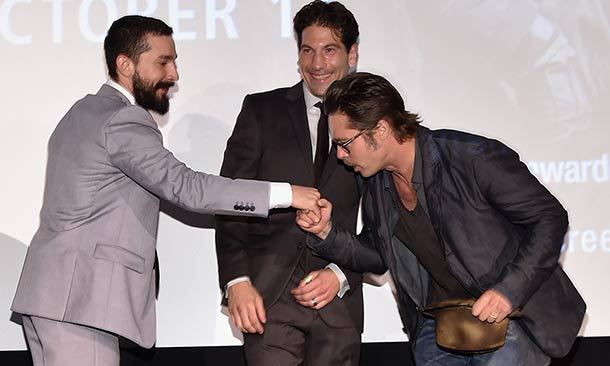 Brad is currently touring the world to promote Fury. On Tuesday, he joined actor Shia LaBeouf for the New York premiere of the film, jokingly greeting his co-star and fellow tank commando with a kiss on the hand.

Beyond the excitement of Fury, it's been a busy time for the Jolie-Pitt family. Along with Brad and Angelina's hotly anticipated wedding back at their French estate last month, the family met with Queen Elizabeth II when the actress was honored for her campaign against sexual violence by being made an Honorary Dame by the British monarch. Following the ceremony, all of Brad and Angelina's six children were granted a private audience with the queen.