Newlywed Amal Clooney is quickly moving up the ranks of global style icons. Having donned a series of glamorous and ultra-chic ensembles during her wedding weekend in Italy last month, the newlywed is now showing off her impeccable fashion taste in Greece. 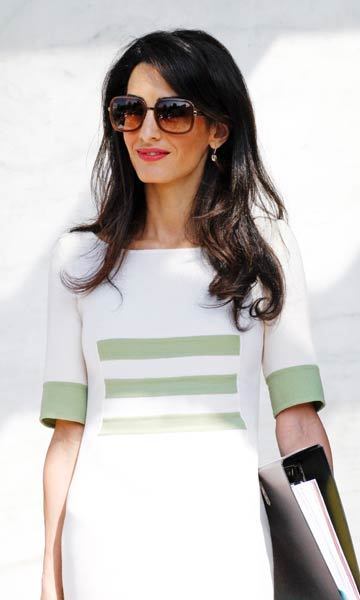 Amal looked as stylish as ever in the Greek capital

Amal upped the glam factor with a pair of oversized sunglasses, drop earrings and nude heels.

On Monday, Amal arrived in Greece with archaeologist David Hill and lawyer Geoffrey Robertson to meet with the Greek Prime Minister Antonis Samaras and culture officials.

She arrived with news swirling about her name change — from Alamuddin to Clooney — on her law firm Doughty Street Chambers's website. 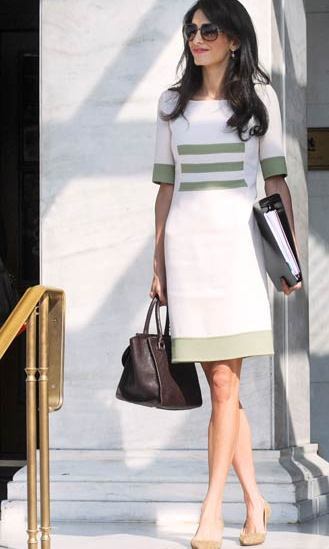 Amal will be collaborating with the Greek government and British officials on exploring how to help bring back a collection of classical Greek marble sculptures — known as the Parthenon Marbles or the Elgin Marbles — from the British Museum in London.

The art was removed from the Acropolis more than 200 years ago by British diplomat Thomas Bruce, the 7th Earl of Elgin, but the museum has seen increased pressure to return the sculptures to Greece following UNESCO's request that the two sides enter mediation talks.

It's a matter close to George's heart as well. Earlier in the year, while promoting The Monuments Men, he said of the sculptures: "I think you have a very good case to make about your artifacts. "It would be a very fair and nice thing to do." 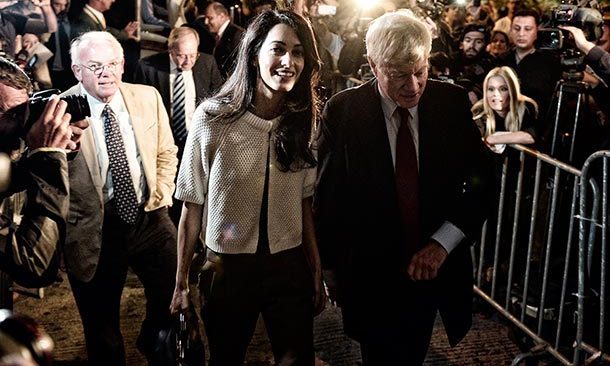 George and Amal married in an extravagant Venetian ceremony in late September attended by a host of A-listers including Matt Damon, Bill Murray, U2 singer Bono, and George's best friend Rande Gerber and his model wife Cindy Crawford.

"My verdict on being Mr. and Mrs. Clooney? It feels pretty damn great," George told our sister publication in the U.K., HELLO! magazine.