Antonio Banderas fueled more rumors about his relationship with Dutch investment banker Nicole Kempel when she visited him on set of his new film Altamira.

The 54-year-old international heartthrob, who split from his wife Melanie Griffith in June, welcomed his rumored love interest to his native Spain, where he is currently filming the 1879-period drama.

Prior to this outing, Antonio and Nicole were pictured looking relaxed and happy in each other's company in Cannes earlier this year in exclusive photos obtained by HELLO!'s sister publication ¡HOLA!. 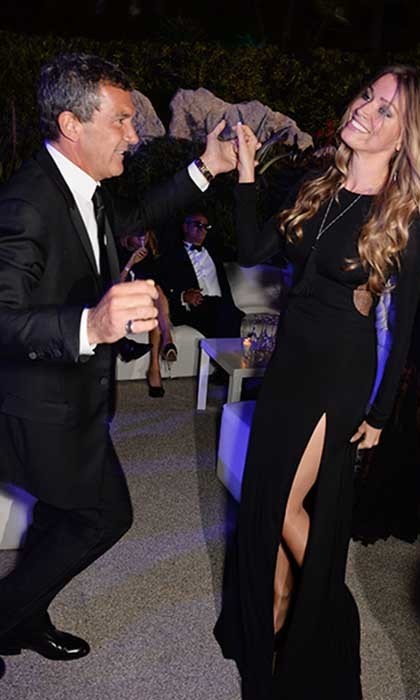 The pair were seen taking a break from filming and walking hand-in-hand as they enjoyed a romantic stroll in a nearby forest not far from the set.

Antonio, still dressed in his costume, wore a waistcoat with beige trousers and a heavy beard, while the blonde beauty looked cool and casual in a white t-shirt and jeans.

Speculation about their relationship began when Antonio and Nicole were seen dancing together at a Cannes Film Festival after-party. The rumored couple had also spent some time together vacationing in St Tropez. 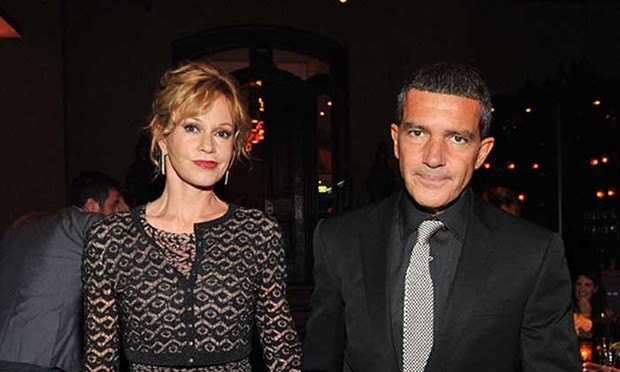 Melanie Griffith and Antonio Banderas filed for divorce in June

Antonio and his estranged actress wife Melanie, 57, shocked fans when they released a statement announcing their decision to divorce earlier this year.

"We have thoughtfully and consensually decided to finalize our almost twenty year marriage in a loving and friendly manner honouring and respecting each other, our family and friends and the beautiful time we have spent together – Melanie & Antonio," it read.

A month later, Melanie, who shares 17-year-old daughter Stella del Carmen with her ex, was seen visiting a skin clinic in West Hollywood where she was in the process of removing her heart-shaped "Antonio" tattoo.

Melanie has spoken of her situation post-split, revealing that she is more concerned with focusing on her personal life than Hollywood. "It's not about my career now. It's just about finding great work and having a good time. My kids are almost grown," she told IndieWire. "I'm getting divorced. I'm just happy. I'm really joyful. Life is good."