Celine Dion fans from all corners of the globe have teamed up to create an emotional video honouring the singer's ailing husband, René Angelil.

In the 10-minute clip that was uploaded to YouTube on Monday (Aug. 25), Dion devotees thank René for everything he has accomplished during his career following the announcement that he was retiring as his wife’s manager.

Set to various Celine songs and Abba’s “Thank You For the Music,” the video shows fans from Canada, the United States, Australia, Italy, Mexico, Palestine, Finland, Chile, Tahiti, India, Belgium and Poland – to name just a few – holding up placards that read a touching message.

“We have always known that Celine has never been alone on stage, and that you two were and always have been a team," the message reads.

It continues: “You were so sure about Celine that you mortgaged your first home to fund her first album. We are forever grateful that you knew how precious Celine’s talent was.” 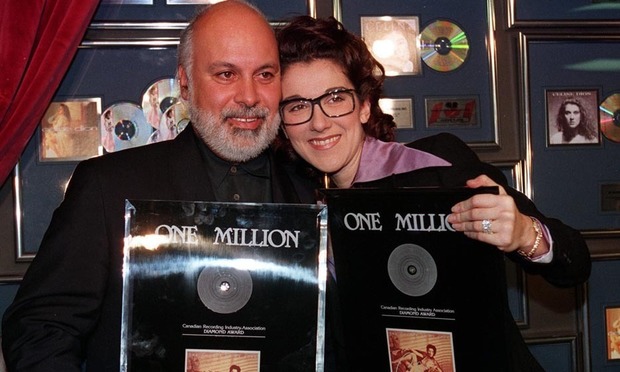 The touching tribute is spliced with sweet photos of Celine and René over the years and ends with a poignant P.S.: “After hearing the news that Celine is taking a break from her career to focus on family, we want both of you to know that we will always support you. Your family is always on our minds and in our hearts. We love you.”

The 46-year-old singer, who recently announced that she has put her Las Vegas residency on hold and cancelled her remaining tour dates due to her husband's declining health, has said she has been “overwhelmed” by her fans’ good wishes and posted the following message on her Facebook page last week.

Read More: 46 photos of Celine Dion for her 46th birthday

“Since it was announced last week that Celine was taking some time off to focus on her family, we’ve received an overwhelming number of messages of support for Celine and René," the message read. "On behalf of Celine and her family, we sincerely thank you all for your incredible love and loyalty.”

The couple, who have a 26-year age gap, went on their first date when Celine was 19 and René was 45. They got engaged in 1991 and were married in 1994, in a lavish ceremony at the Notre-Dame Basilica in Montreal, Quebec.

They have three children, 13-year-old René-Charles and twin boys Nelson and Eddy, who were born in 2011, following a sixth attempt at IVF. René, 72, was diagnosed with throat cancer in 1999 and had a tumour removed from his throat in December 2013.