Amal Clooney had the best role model when it came to being a strong woman. The 38-year-old attorney and human rights activist credited her mother, journalist Baria Alamuddin, as being one person she admires.

"Growing up, my mother was definitely a role model," George Clooney's wife said during her keynote address at the 2016 Texas Conference for Women on Tuesday. "She was always a working woman and someone who is independent and cared about her career and cared about being independent but also had balance." 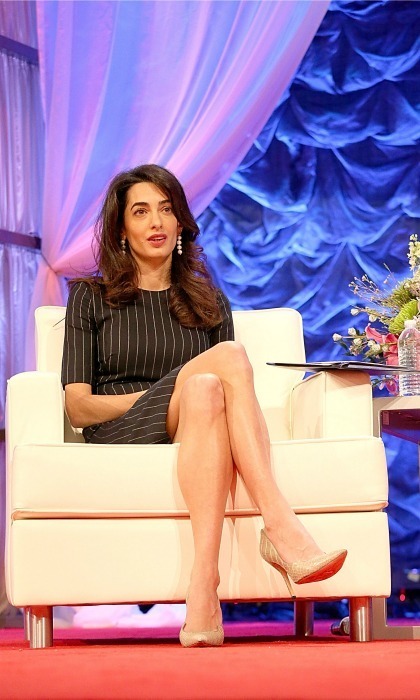 She continued: "She believed the balance was important and that is something that stuck with me." Amal, who says her mother "never lost her femininity," also spoke highly about her former employer Supreme Court Justice Sonia Sotomayor. "When I was a junior lawyer she was incredible to watch in action in court, how she had so many cases in her head and firing questions at these lawyers standing before her," she said. "I was the most junior and irrelevant person in her chamber and she was very charming and very balanced." 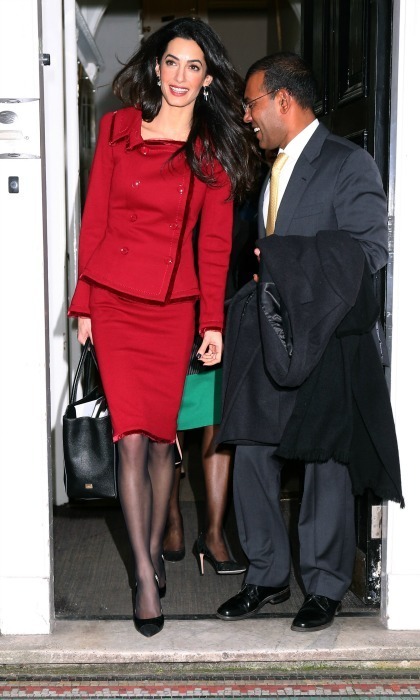 Throughout her career, the British-Lebanese beauty has been a champion for ladies everywhere. “As women, there is a bond that we all share. It’s a bond of shared experience. Experiences that only women go through and struggles that only women face," she noted. "The worst thing that we can do as women is not stand up for each other. And this is something that we can practice everyday no matter where we are or what we do. Because if we are united, there is no limit to what we can do.”

Currently Amal, who has been married to George since 2014, is taking on the fight representing ISIS sex slaves. "I am advocating for the United Nations Security Council to do more to prosecute [ISIS]," she shared. "I am addressing the security council next month."

Amal and George meet The Pope 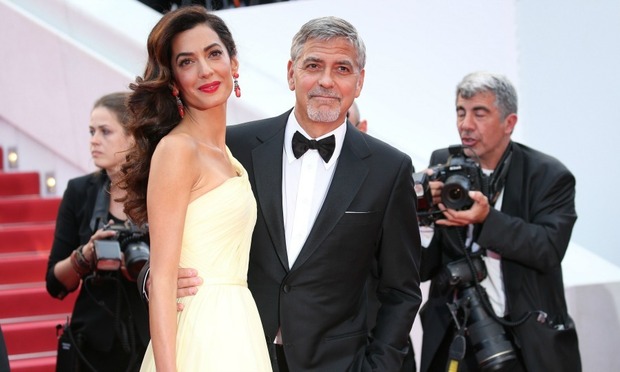 When it comes her husband's thoughts on her risky career, Amal says that she has the Ocean's Eleven star's full support. "This is something I discussed with my husband before I would take on something like this," Amal told NBC's Cynthia McFadden in September while opening up about Nadia Murad, former Yazidi sex slave of ISIS. "We did discuss it. And we are aware of some of the risks involved, of course.”

George talks about his second anniversary with Amal

She continued: “[George] understood I have spent my career working on international justice and this is a clear case of genocide and genocide that's gone completely unaddressed and ignored. I can't image anything worse being done by one human to another. I met her and I thought, 'I can't walk away from this.'”