Despite the potential danger, Hollywood star George Clooney supports his wife Amal’s high profile work as a human rights attorney. The lawyer revealed her famous spouse's thoughts on her job as she opened up in a rare interview about taking on terror group ISIS for a “clear case of genocide.”

"This is something I discussed with my husband before I would take on something like this," Amal told NBC's Cynthia McFadden. "We did discuss it. And we are aware of some of the risks involved, of course.” 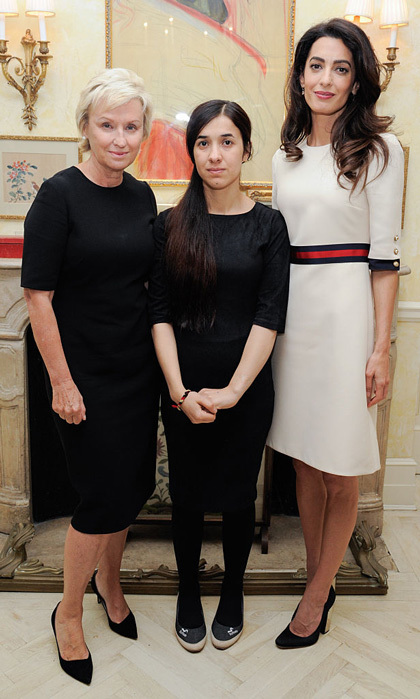 Amal is currently representing Nadia Murad – a former Yazidi sex slave of ISIS – and revealed that George meeting Nadia helped the 55-year-old Oscar winner understand why his wife wanted to take on the risky job. “He met Nadia, too, and I think he was moved for the same reasons and he understood, I mean this is my work,” Amal revealed.

The 38-year-old noted, “[George] understood I have spent my career working on international justice and this is a clear case of genocide and genocide that's gone completely unaddressed and ignored." Nadia was captured by ISIS in 2014 and was subjected to horrific abuse. "I can't image anything worse being done by one human to another," Amal said of her client’s experience. "I met her and I thought, 'I can't walk away from this.'” 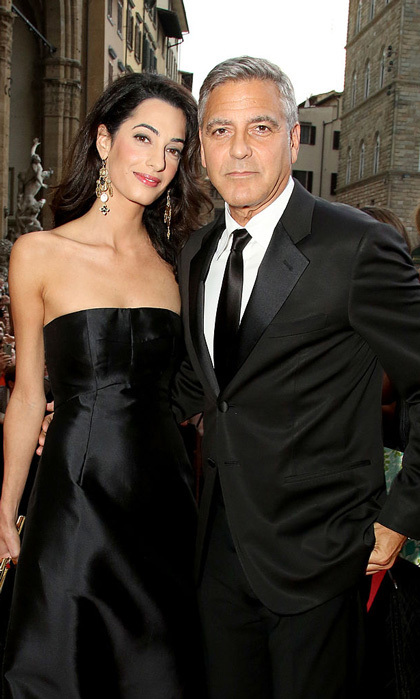 The human rights attorney admitted that she discussed taking on the case with her husband Photo: Rachel Murray/Getty Images for Celebrity Fight Night

The Yazidi human rights activist opened up in June about working with Amal and meeting the Money Monster star. Nadia said, “‪Amal and George received me at their home and opened for me their hearts." She continued, “They listened passionately to my story, and Amal gifted me by representing my case. Amal gave me renewed hope by being my voice."

Nadia, who was named a U.N. Goodwill Ambassador last week, also called Amal “an incredible, passionate woman.” She said, “[Amal] did not talk to me as a well-known world figure that people would love to take a photo with, she talked to me as a sister and guardian. She has immense power that made me proud of being a woman.”