Fans of Suits finally know how things are going for Meghan Markle’s character. Thursday night’s episode saw the Duchess of Sussex’s onscreen husband Patrick J. Adams, addressing her absence. When Patrick’s character Mike Ross is asked how Meghan's character [Rachel Zane] is doing – fans got the update they have been waiting for. “Good. In fact, if I told you how good, you probably wouldn’t believe me,” Mike said with a smile. The show’s social media account got in on the joke, sharing the scene with a cheeky response. 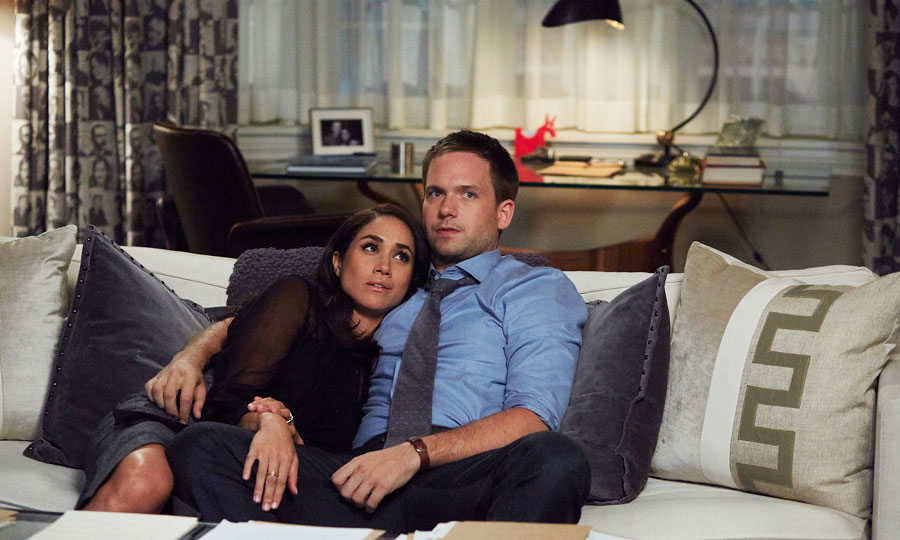 “Turns out Rachel is doing REALLY well. [winky face emoji] #Suits.” Meghan officially said goodbye to the law office in November 2017, after she got engaged to Prince Harry. Prior to leaving the series, which gave her a fairytale wedding send off, the 38-year-old royal starred on the show for six seasons. Although she has started a new life – which included welcoming her first child – the show isn’t far from the Duchess’ mind.

During a royal walk about in Ireland, Meghan shared that she misses the career-defining series. When a fan told the royal that she misses Suits and that she is also a really big fan of the show, the Duchess kindly replied: “So do I.” Shortly after leaving the series, which is in its final season, Archie Harrison’s mom opened up about her decision to say goodbye. “I don't see it as giving anything up, I just see it as a change… It's a new chapter. Right. And also keep in mind I been working on my show for seven years,” she said during her engagement interview. 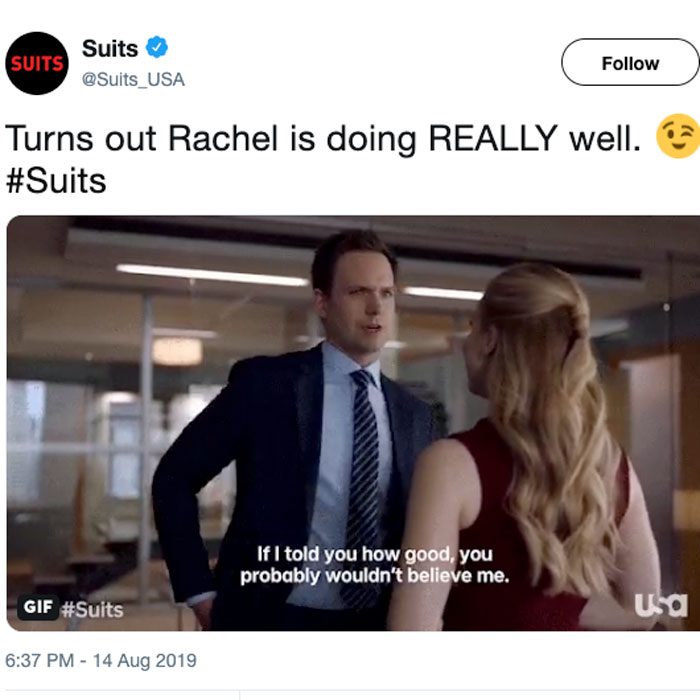 The Duchess of Sussex left the series in 2017

“So, we're very, very fortunate to be able to have that sort of longevity on a series and for me, once we hit the 100 episode marker I thought, 'You know what? I have I have ticked this box'… I feel really proud of the work I've done there."