Being the future King, it seems fitting that Prince George met his newborn cousin Archie Harrison before his sister Princess Charlotte and brother Prince Louis did. HOLA! USA’s sister brand HELLO! understands that Kate Middleton’s four-year-old daughter and one-year-old son met Meghan Markle’s baby boy for the first time at their public play date at the King Power Royal Charity Polo Match earlier this month, while George, who just turned six on Monday, had been introduced prior. 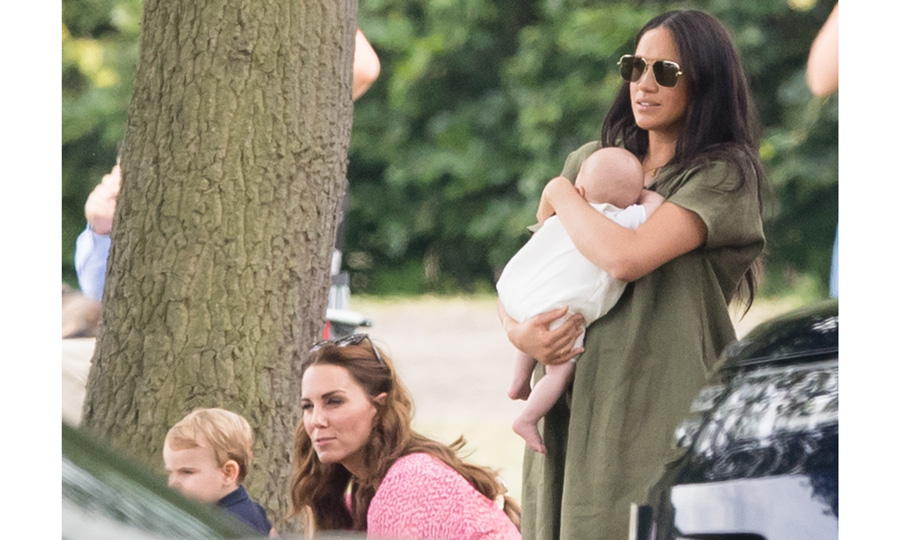 Charlotte and Louis met their cousin Archie for the first time, over two months after his birth, at a polo match on July 10

The Duchess of Cambridge and the Duchess of Sussex attended the charity polo match with their respective children to cheer on Princes William and Harry, who were competing in the game. The outing marked Archie’s first public appearance, as well as the first time the Cambridge kids were photographed with their baby cousin. The polo match came days after Archie’s private christening and two-month birthday. Meghan was seen cradling her son throughout the game in his Malabar Baby blanket. 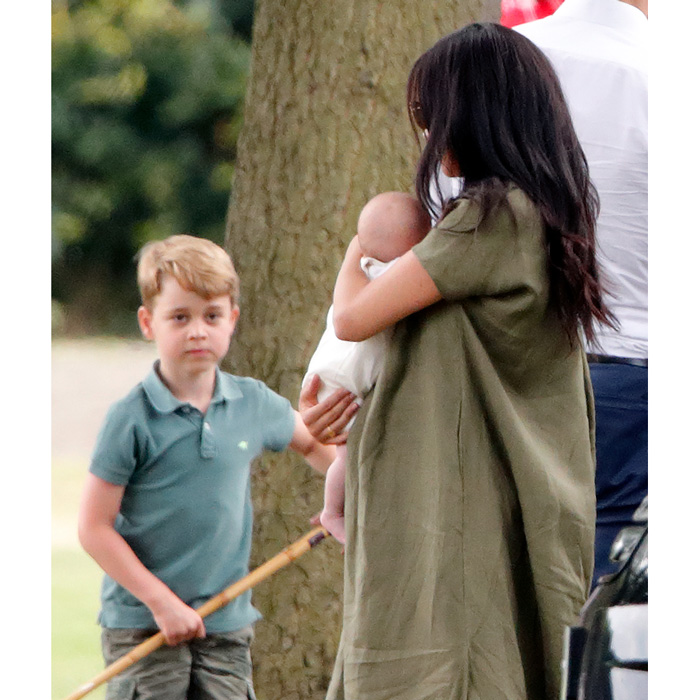 Meghan and Harry welcomed their first child together in May. Prince William and Kate traveled to the Sussexes' new home, Frogmore Cottage in Windsor, to met their nephew when he was one week old. Queen Elizabeth and Prince Philip were some of the first royal relatives to meet Archie immediately after Meghan and Harry presented their son to the world two days after his birth. "It will be a nice moment to introduce the baby to more family,” the former American actress said at the time.

The Duke of Sussex recently opened up about one of his son’s latest milestones. While chatting with Beyoncé and Jay-Z at the UK premiere of Disney’s The Lion King, the proud dad-of-one revealed that Archie is already starting to hold his neck up. Harry also admitted that his baby boy is “not so little anymore.”