Prince Harry and Meghan Markle aren’t the only people excited about the arrival of baby Sussex. Harry’s stepmother Camilla, Duchess of Cornwall revealed her excitement about the royal baby. During a walkabout in Cuba, Prince Charles’ wife was asked by American tourist Mimi Ricketts if she was excited about the new baby. The Duchess happily replied: “Yes, very much so.” Camilla is joining her husband Prince Charles for the spring royal tour of Cuba. The pair, who are the first royals to tour the county, are expected to be back in London by the baby’s birth. 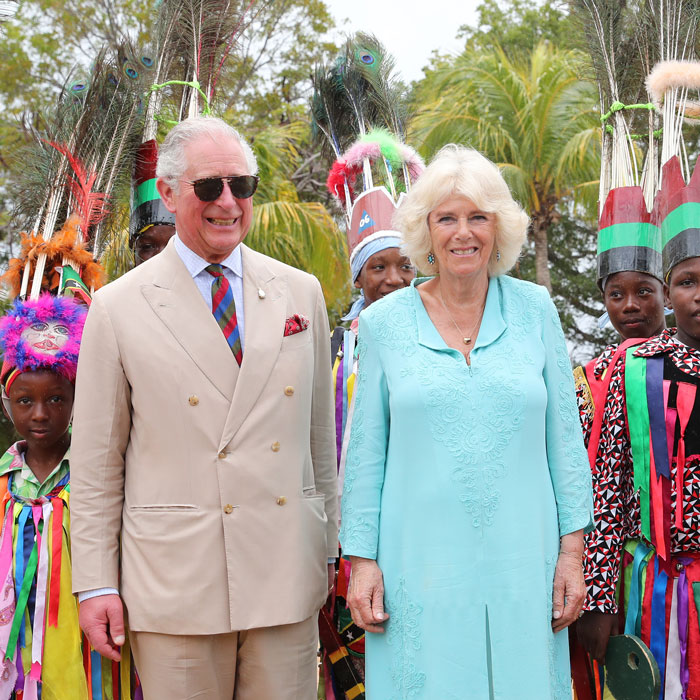 The Duchess is grandmother to five grandchildren. The Prince of Wales’ oldest son, Prince William has already made him a grandfather. William and his wife Kate Middleton are parents to Prince George, five, Princess Charlotte, three, and Prince Louis, who will turn one in April. Charles and Camilla shared their joy about the latest member of the royal family – shortly after the news broke. In October, the Duchess of Cornwall and Prince of Wales released a statement congratulating the first-time parents. Kensington Palace revealed that the Prince and other members of the royal family were “delighted for the couple.”

MORE: Prince Charles on the special hobby he shares with his grandchildren

The following month, the future King mentioned his unborn grandchild when opening up about his concerns for the future of the world. The environmental advocate traveled to Ghana where he spoke about climate change and his love for nature and wanting baby Sussex to have a better future on the planet. “I am about to have another grandchild actually,” the 70-year-old said. “It does seem to me insanity if we are going to bequeath this completely polluted, damaged and destroyed world to them. All grandchildren deserve a better future.”

The Duke and Duchess of Sussex are expecting their first child in April Photo: Getty Images

Harry, 34, and Meghan, 37, are set to welcome their first child in April. The Duchess of Sussex has officially begun the “kicking her feet” up stage of her pregnancy and is on maternity leave. Harry, however, will continue to carry out engagements. The Duke is set to attend a special event with his brother and father in honor of the premiere of Our Planet.