Following the end of 2018, it’s back to a busy agenda of royal engagements for Queen Rania. On Monday the Jordanian monarch stepped out to visit the Children’s Museum in Jordan, where she took to Instagram to share an adorable photo of a child taking a selfie with her. “Visiting the newest exhibits at the Children’s Museum Jordan today before attending its Board of Trustees meeting to discuss the museum’s programs this year #Jordan #LoveJO," the Queen wrote in a caption to the post. 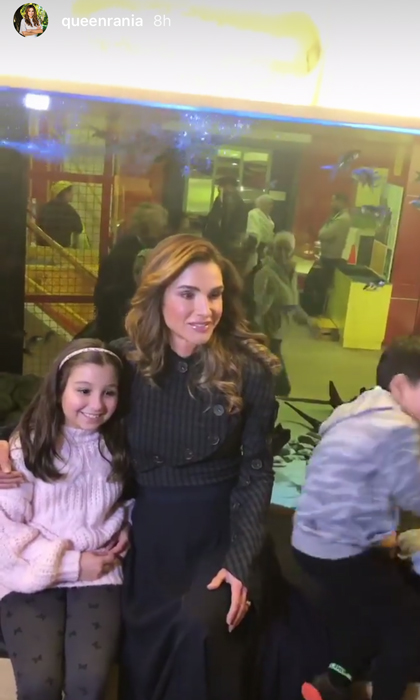 A glimpse through her IG stories shows the Queen shaking hands, hugging and greeting children and posing for photos. The highly styish royal wears a brown checkered top with statement buttons down the sleeves and along the front which she paired with a long navy skirt. She appears beautifully radiant with glowy makeup and perfectly groomed hair. 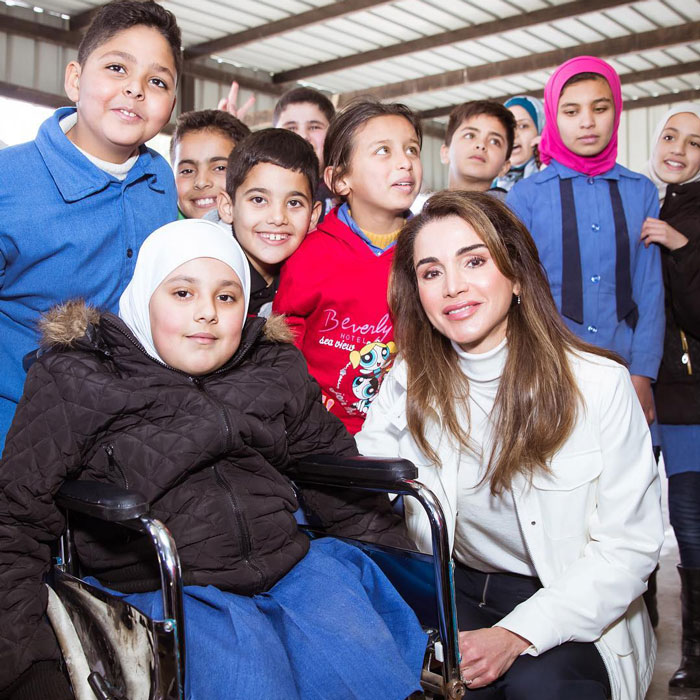 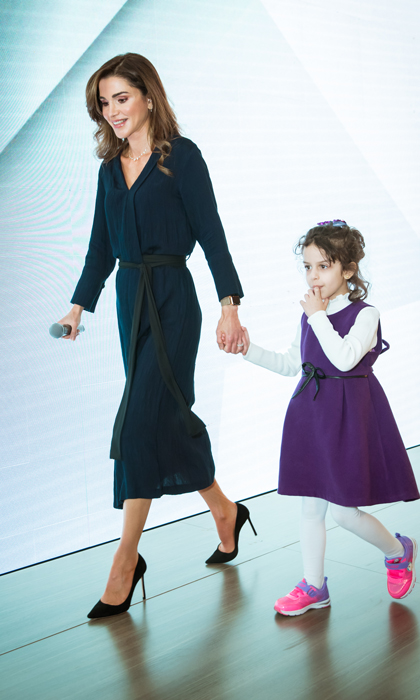 Another royal who returned to her imperial duties just last week was Meghan Markle, who made her first patronage visit on Thursday. The mom-to-be made an official visit to the headquarters of Smart Works in London, and she looked nothing short of fantastic.

Along with helping out in the organization, which aims to help long-term unemployed and vulnerable women regain the skills and tools needed to succeed at job interviews, Prince Harry’s wife will be lending her support to The National Theatre, The Association of Commonwealth Universities and animal rescue charity Mayhew.