Adele is known for her enviable cat eye makeup and long sparkling gowns, but as it turns she had or rather grew an additional feature during her pregnancy with son Angelo.

According to The Mirror, the Hello singer told fans during her Glasgow concert on Friday, “When I got pregnant, I had so much testosterone in me that I grew a beard.”

CLICK HERE FOR ADELE'S BEST BEAUTY LOOKS OVER THE YEARS 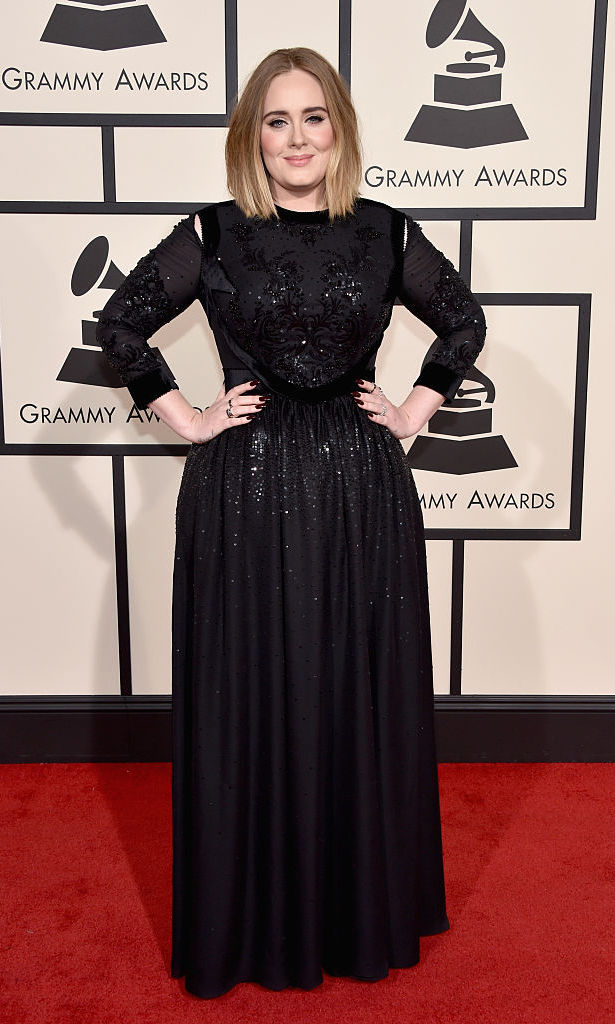 She added, “I only cropped it last night. It’s actually true. I’m not telling a joke. I actually have a beard, but I’m proud of it.” The 27-year-old even had a name for the facial hair. Adele admitted, “I call it Larry.”

Having her own beard helped the songstress relate to her partner Simon Konecki’s. “My man’s got a good beard,” she said. “He trims it sometimes in the summer. I do have a beard myself, so I can understand when it gets hot in the summer.”

The bearded couple welcomed their son Angelo back in 2012. Adele’s son recently watched his mother perform for the first time in London. During the concert, the Grammy-winning artist gave a special shout out to her little boy. Pointing to the crowd, Adele said, “I love you so much, peanut."

The mom-of-one has previously admitted, “My kid comes first and my music comes second, adding, “I make time for him like I always have. My kid is more important.”