When Jane the Virgin beauty Gina Rodriguez stunned on the red carpet at the 2015 Emmy Awards in a strapless Lorena Sarbu gown, she had the perfect accessory – a sleek and chic modern ponytail. Joico celebrity hairstylist Paul Norton worked to create the gorgeous hairstyle – and is sharing with HELLO! how we can do it ourselves.

Gina's glam outfit styling was completed with Stuart Weitzman shoes, Forevermark diamonds and a Judith Leiber clutch, but that eye-catching low, voluminous ponytail was based around the neckline of her dress. “I wanted to go for a very polished look on the top but yet very dramatic throughout the ponytail. Once I was through washing her hair, I was ready to start styling,” Paul said. 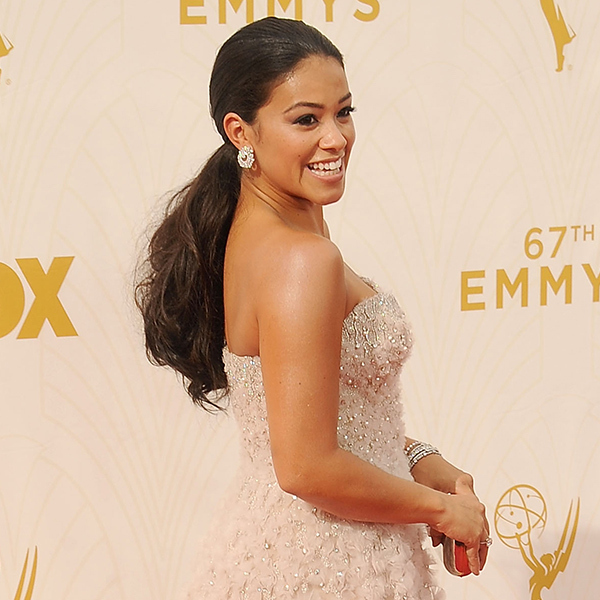 Step 1:
I began Gina's look on damp hair that had been freshly washed with Joico Color Infuse Brown Shampoo and Conditioner to richen up her raven hair.

Step 2:
I then blew out her hair using Joico Heat Set ($14.99) until fully dry, using my Mason Pearson brush – only at the root area, because I wanted to have a wilder effect through the ends.

Step 3:
Once the hair was fully dry, I applied Joico K-PAK Protect and Shine Serum ($17.49) at the root area and used the brush to gather the hair into a low ponytail. I then confined it with an elastic band.

Step 4:
I wanted to be sure that the elastic band was unseen, so I wrapped it with a strand of hair to conceal and cover it. Next, I used hot rollers to sit in the hair for 15 minutes as the cooled. Once they were cooled, I began to remove them while gently combing the hair through my finger to work out the curls.

Step 5:
I then used Joico Hair Shake ($18) throughout the pony tail working in sections from the bottom working my way up to create volume. Throughout each section I back-combed with my fingers to create more separation and texture. 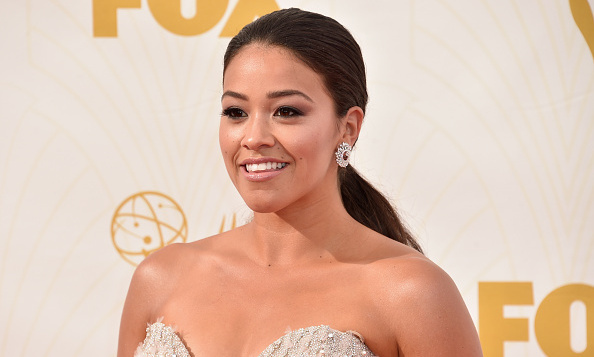 Step 6:
I then had Gina tilt her head back allowing the pony tail to hang freely while I used Joico Flip Turn Volumizing Finishing Spray ($16.99) to ensure the volume and separation would last. To finish, I did a final spray of Flip Turn to make sure there were no fly-aways in the confined area and great hold throughout the hair.