Kerry Washington appears on the cover of Self magazine's September issue and opened up about fitness and what it means to her. The 38-year-old, who is mother to a 17-month old baby girl named Isabelle and wife to NFL star Nnamdi Asomugha admits that she wakes up early for her workouts so she can spend more time with her family. "I try to get it in so I can be back with my kid early," she revealed to the magazine. "I have to take care of myself in order to live life the way I want to."

The Scandal star, who is notoriously quiet about her personal life, spoke candidly about embracing her changing body. "A few weeks ago, my manager asked, 'Do you feel like you're back? I feel like you're back'," she said. "She meant it as a total compliment, but we had this great conversation where I was like, 'You know what? I try really hard not to use that language, because it's not about going backward in life.'"

Kerry welcomed Isabelle in April 2014 with her husband also admitted that she felt that motherhood allowed her to focus on "being the best version" of herself. "I've been really focused on not being 'back' to anything, but being the best version of myself right now," she shared. "My body is the site of a miracle now. I don't want to be pre-miracle." 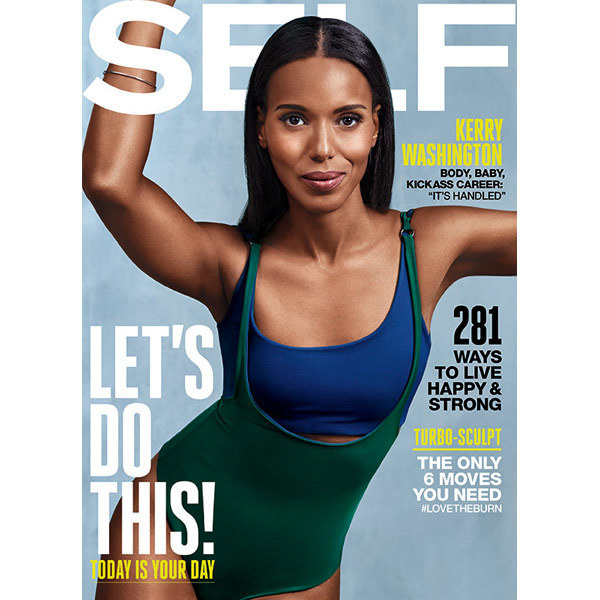 Kerry talks loving pilates in the issue Photo: Self Magazine

However, that's not to say that Kerry doesn't follow a fitness regime. The actress and former yoga instructor revealed that there is one particular exercise she favors when it comes to pushing herself both physically and mentally. "There are a lot of forms of exercise where you have to leave yourself out of the room while you force yourself to do this thing," she explained. "With pilates, I get to bring my true self. I cry, I laugh. I get to go: Where is my body today? What do I need today? How can I take care of myself and push myself past my comfort zone? How can I be both loving and challenging?"

For the full article, pick up Self's September issue available in stores and on newsstands.