We've heard about plenty of starlets who have become the inspiration to clothing designers, but it seems one tot is ahead of the game. It's been revealed that Balmain creative director Olivier Rousteing has cited 2-year-old North West as his "little muse."

North’s mother Kim Kardashian shared a photo of some new presents from Balmain for her gorgeous little toddler on Instagram writing, “Baby Balmain!!! Thank you so much @ORousteing & @Balmain for making North these one of a kind jackets!!! I’m so honored that Northie is your little muse! Can’t wait for her to wear them!!!” 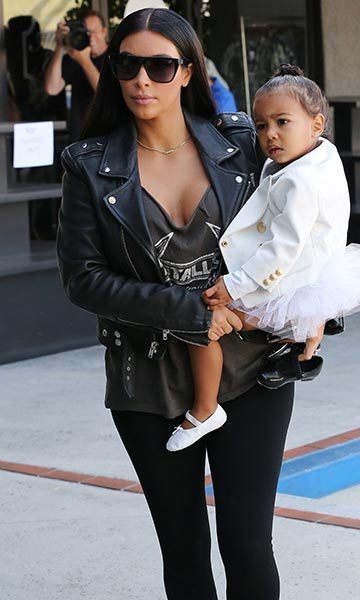 The snap showed three custom-made jackets. A double-breasted number was khaki-hued, as was a little bomber jacket, while the other was in black and featured multiple silver zips. 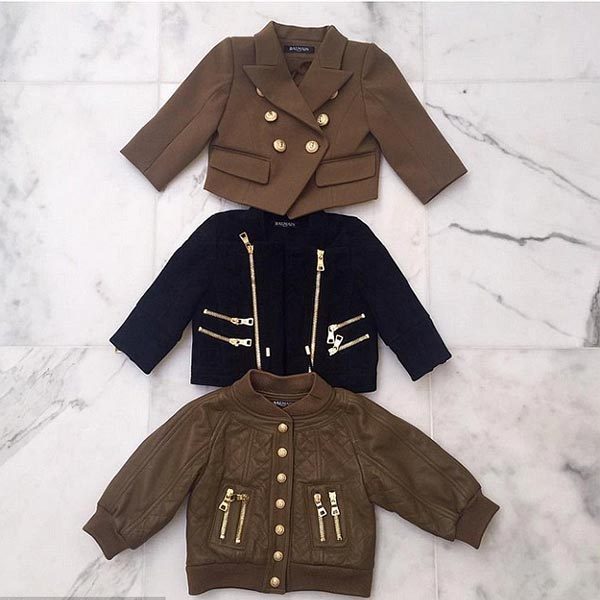 Kim shared a snap of these custom-made jackets for North from Balmain Photo: Instagram/@kimkardashian

Pregnant Kim, who is expecting her second child with Kanye West in December, recently revealed that North takes a great interest in fashion. “She’s really particular about what she likes to wear, she’s such a girlie girl,” Kim told Vogue while promoting her latest collection for Kardashian Kids. “Every day she wakes up and says ‘shoes’. You have to bargain with her - before you change her diaper, she needs a pair of shoes on.” 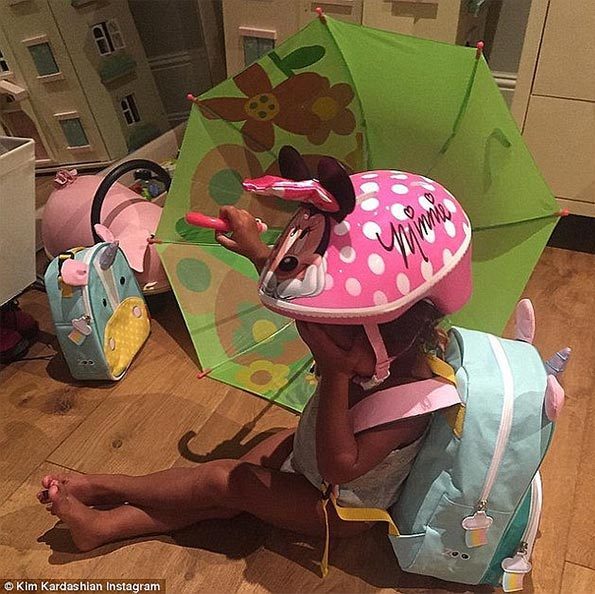 Mom Kim has documented some of North's experiments with fashion Photo: Instagram/@kimkardashian

North has had quite the introduction to the fashion world. At just weeks old, she had already been gifted hundreds of coveted items of clothing from the world's most high-profile designers, and is these days a front row regular for top labels including Lanvin, Celine and Alexander Wang.