Eva Longoria's baby Santi is taking after his mother...at least when it comes to food! The one-year-old baby was pictured enjoying a tortilla during the weekend with his breakfast. "Happy Sunday! #MyTortillaMonster #BabyBaston," the Desperate Housewives alum wrote alongside the sweet photo of Santi munching on the flatbread. The actress is always documenting and sharing footage of Santi living his best life, whether he's taking a walk in the backyard or resting and relaxing on a Sunday morning. Now, she's giving us a glimpse into his tasting palette. 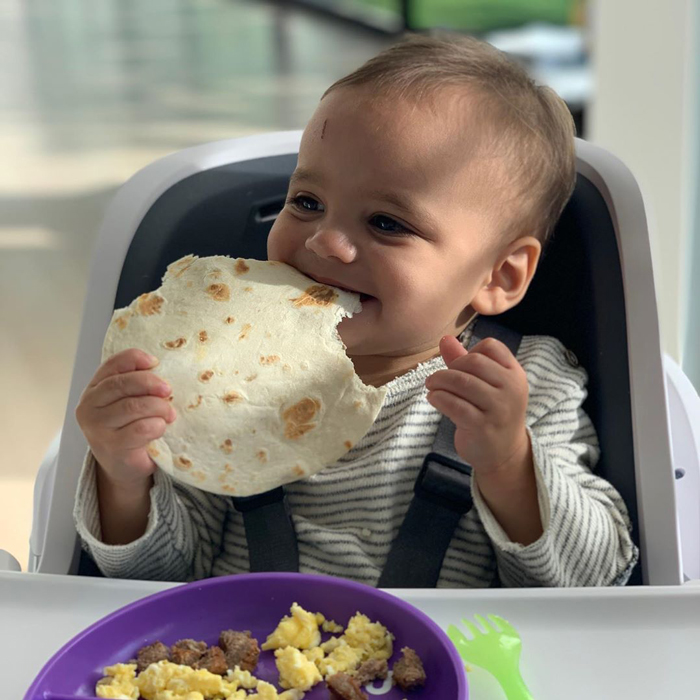 According to Eva's post, Santi is super into Spanish cuisine. In the photo, the one-year-old is sitting in his booster chair enjoying scrambled eggs with little pieces of breakfast sausage. But the main course for Santi is a large piece of tortilla as he smiles while takes a bite. It's no surprise Santi enjoys a good piece of tortilla since his mom is a chef extraordinaire. In her cookbook Eva’s Kitchen: Cooking With Love for Family & Friends, the 44-year-old actress reveals many of her favorite family recipes and many of them include—wait for it—tortillas!

One of her more popular dishes is enchiladas rojas. "When I was growing up, enchiladas were a family affair," she previously told HOLA! USA. "On enchilada night, my sisters and I knew we would be called upon to take our positions alongside our mom in the kitchen: one sister fried the tortillas, another dipped them in the sauce, another (usually me) stuffed them, and the last rolled and transferred them to the pan. I can never think about enchiladas without remembering all those happy times in the kitchen." 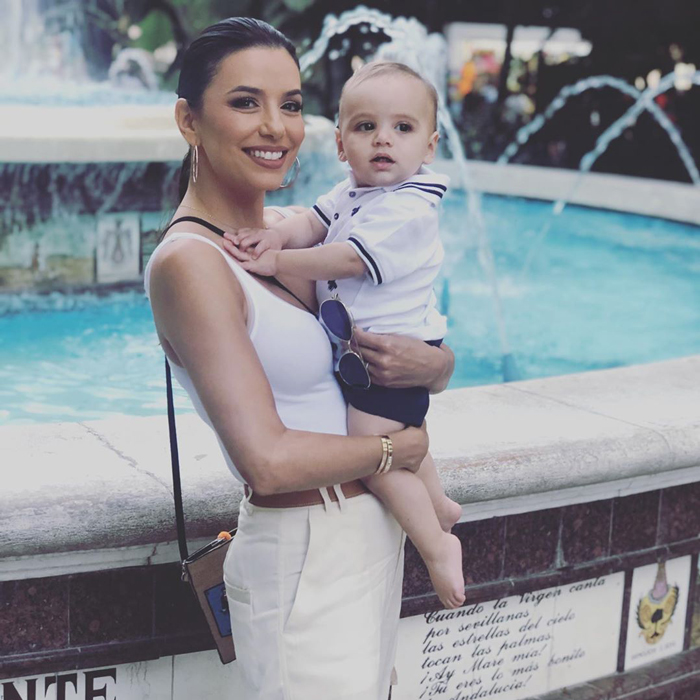 Besides food, the star and her son do everything together. She's recently opened up about how he came at the perfect time. “He was meant to be with me at this stage of my life,” she revealed to Parents Latina. “I’m more patient, and I don’t work as much even though it doesn’t seem that way." She added: "I feel that there’s more pressure to raise a good man today and to make sure he contributes to society and understands female equality, but it’s not about telling him. It’s about showing him in his everyday life.”

With Eva by his side, Santi will probably (most likely!) be the next great chef!