Selena Gomez might have been keeping a low profile for the few past months, but this is coming to an end. The singer announced she was going "back to work" in a post she shared while vacationing in Italy and this sparked rumors among fans of new material coming soon (#excitement). Back in Los Angeles, the Texas-born singer, perhaps looking for inspiration for her music, had a break from her commitments and along with her pals attended the country music star Kacey Musgraves concert on August 25. You know how the saying goes: if you are going to do it, you better do it in style — and that's exactly what Selena did. Channelling her inner cowgirl, the 27-year-old wore a cowboy hat, suede tan boots and a lovely gingham dress in black and blue. The perfect country look! 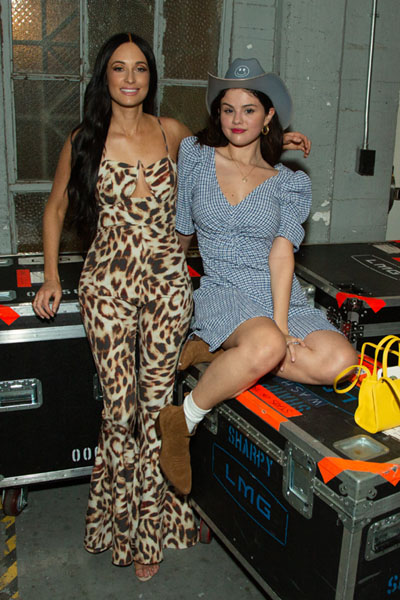 After the concert, Selena happily posed with the star of the show, the also Texan Kacey Musgraves

Selena was seen enjoying the concert with four of her pals singing, dancing and showing off her light-up Kacey Musgraves cowboy hat. One of the best moments of the night came when Kacey made a cover of the classic tune I Will Survive, Selena and her friends sang their hearts out and went crazy! The country singer, who is also from Texas, received the girls backstage after the show. They shared some laughs and posed together very affectionately. "All kinds of magic, thank you Kacey for your heart, your insane humor and your words. We laughed, cried and danced," wrote Selena on her social media with some pictures of the night. 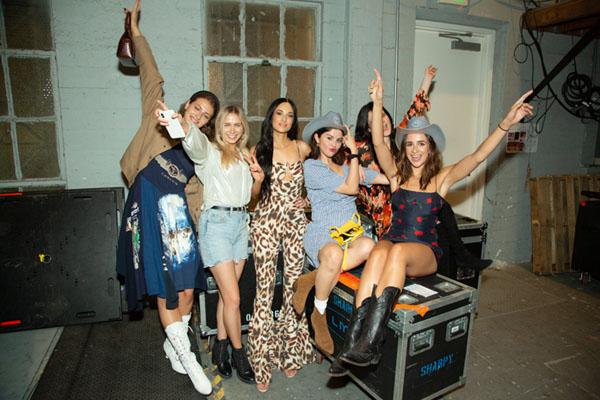 According to Entertainment Online sources, "Selena has been working on new music and plans to release some this year. The new music is going to be a different side of Selena and very personal. Selena has gone through a lot over the years and is ready to share it with the world." And we are sure the world is ready for Selena.

RELATED: Thank you, beauty Gods, Selena is set to launch her very own line!