The doors of the White House will be reopening to the public very soon! First Lady Melania Trump announced on Tuesday, February 14 that the White House Visitors Office will resume public tours on Tuesday, March 7th. In a statement, President Donald Trump's wife said, "I am excited to reopen the White House to the hundreds of thousands of visitors who come each year. The White House is a remarkable and historic site and we are excited to share its beauty and history. I am committed to the restoration and preservation of our Nation's most recognizable landmark. " 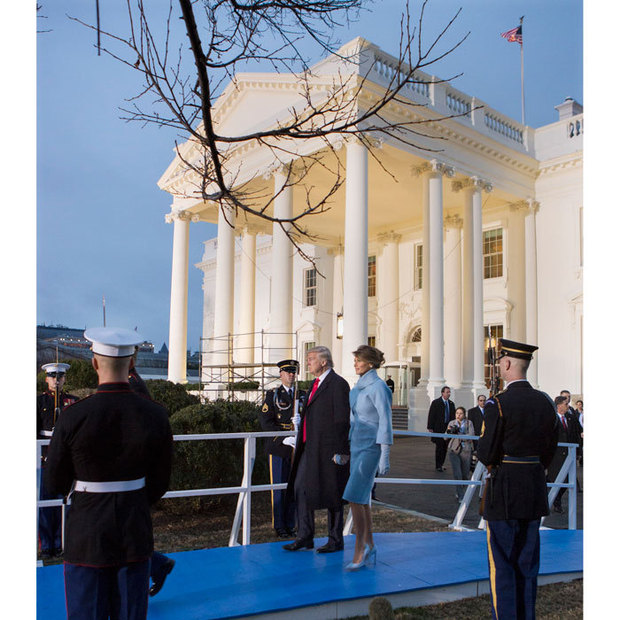 Melania is expected to move into the historical landmark a few months after the tours resume. Earlier this month, the mom-of-one confirmed that she will relocate to Washington, D.C. after her son Barron Trump finishes the academic year in Manhattan. "Mrs. Trump will be moving to D.C. and settling into the White House at the end of the school year, splitting her time between New York and D.C. in the meantime," the first lady’s senior advisor Stephanie Winston Wolkoff previously said. "Mrs. Trump is honored to serve this country and is taking the role and responsibilities of the First Lady very seriously."

To get their new home ready, the president’s wife has tapped interior designer Tham Kannalikham to redecorate the private living quarters of the White House. “Mrs. Trump has a deep appreciation for the historical aspects of the White House and with Tham’s traditional design and expertise,” Melania's advisor told WWD. “They are focusing on a seamless integration of elegance and comfort into where the President, the First Lady, and [their son] Barron will be spending their family time and calling their home.” 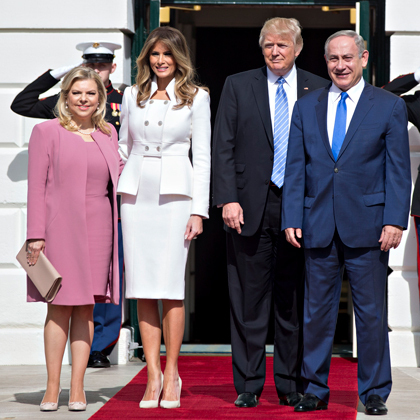 The first lady was a vision in white for an appearance at the White House on February 15 Photo: Andrew Harrer-Pool/Getty Images

Melania has been settling nicely into her new role as first lady. Last weekend, the former model carried out her first solo engagement as the first lady taking Japanese Prime Minister Shinzō Abe’s wife, Akie, to the Morikami Museum and Japanese Gardens in Delray Beach, Florida. A few days later on February 15, the 46-year-old beauty made her first official appearance at the White House since her husband’s inauguration to welcome Israeli Prime Minister Benjamin Netanyahu and his wife, Sara, to D.C. Melania stunned for the engagement wearing a white, custom two-piece ensemble by Karl Lagerfeld.