Gigi Hadid and Zayn Malik took their rekindled romance to the streets of New York on Wednesday. The young couple weren’t shy about hiding their PDA as they strolled hand-in-hand.

The 21-year-old model looked effortlessly cool stepping out in grey leggings, which she paired with a white top that exposed her nude-colored bra. Gigi accessorized her model-off-duty look with Quay Australia aviator shades and white sneakers. Meanwhile the Pillowtalk crooner, 23, sported an oversized black shirt and baggy, paint-splattered jeans. 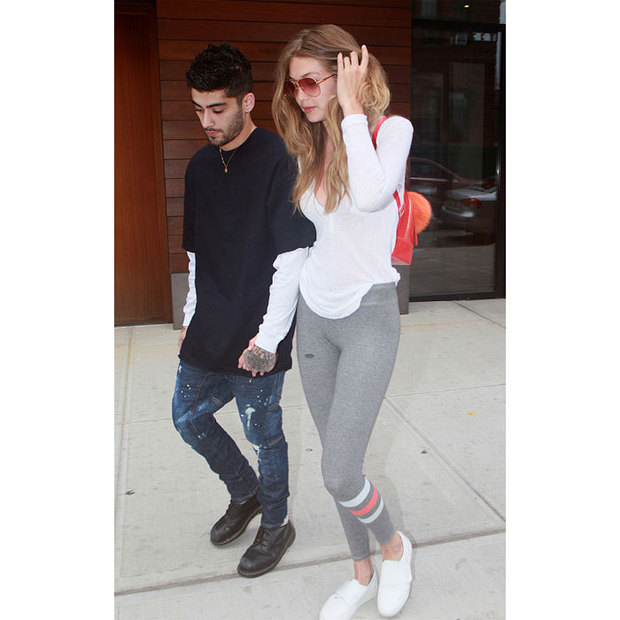 The pair’s outing came one day before it was revealed that Gigi had landed her first American Vogue cover. The blonde beauty — who starred earlier this year in a gorgeous Italian spread with Zayn for the fashion magazine — shares the long-awaited cover space with a new hunky man, Olympic decathlete Ashton Eaton.

Gigi stuns on the August issue wearing Versace alongside Ashton, whom Vogue dubbed the “world’s greatest athlete.” The model took to her Instagram on Thursday to share with fans her Vogue cover debut.

“An ultimate dream come true,” she began. “I am beyond humbled. Shooting my first American @voguemagazine cover, in my hometown, was so surreal. And to be able to share it with Olympic Gold Medalist and my new friend #AshtonEaton is such an honor.” 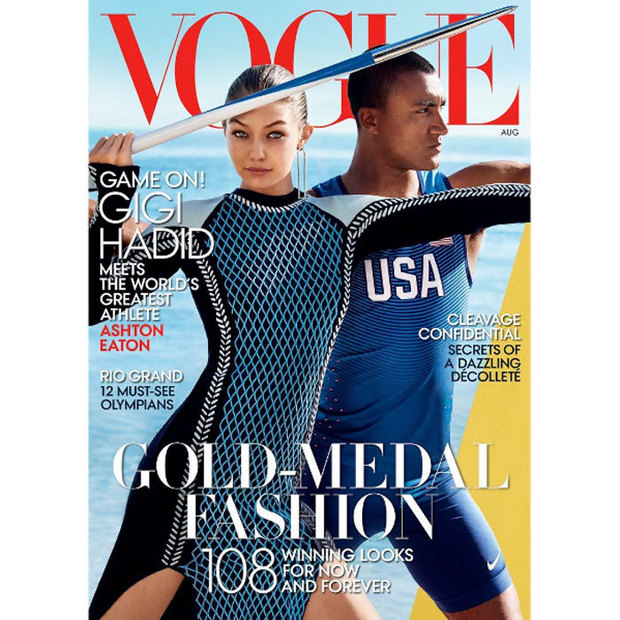 She added, “I couldn't think of a cover I'd rather be on than the one celebrating athletes. Being an athlete has brought so much pride and joy to my life and has instilled the work ethic that still drives me every day.”

The supermodel confessed to the magazine that when it comes to her career she’s “trained like a professional athlete.” She added, “That’s why I think I get along so well with athletes, although people cannot imagine me as a volleyball player. I’m just a lot more intense than you assume. I’m very competitive.”


2016 OLYMPICS: BRAZILIAN BEAUTIES DISH TO HELLO ABOUT THEIR COUNTRY

While Gigi leads an active life, she admittedly takes everything one day at a time, which includes the media circus that surrounds her. “I pretty much just go day by day,” she said. “It keeps me a lot more focused and less stressed out,” which is a strategy that she has taken from sports. “A calm mind-set—you know, refreshing your brain after every play.”