What a way to make a sale! After Leonardo DiCaprio was seen buying Girl Scout cookies at the Oscars before his big win, an enterprising New York Girl Scout troop came up with a genius marketing plan.

They printed up a picture of Leo licking his lips while checking out his box of Trefoils – which Chris Rock was selling during the ceremony - and stuck it on a sign to attract more customers to their cookie stand.

CLICK HERE FOR PHOTOS OF LEO CELBRATING HIS OSCARS WIN 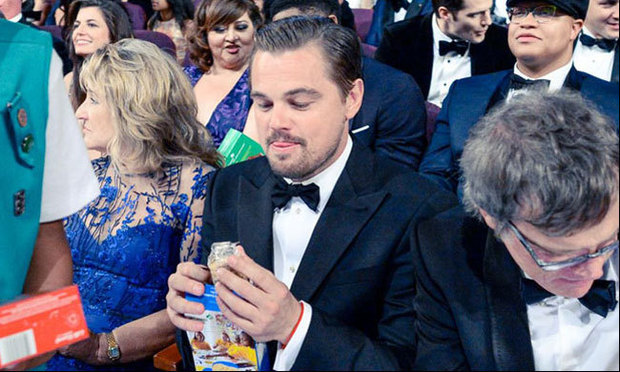 The poster has gone viral since it was posted to Girl Scouts of America’s Facebook page on March 7, wracking up over 50,000 likes and over 16,000 shares.

"We thought the photo was funny and would help make people buy cookies," the Suffolk County troop told ABC News. "We saw the Academy Awards and thought it would be a good idea if we could do something like that." 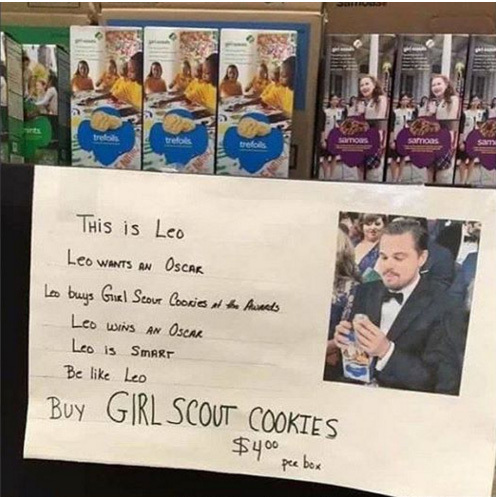 According to the girls, Leo seriously boosted their selling power. "It made people stop at the table to read the sign, and then we were able to ask them to buy cookies," they said. "It's hard to say no to a Girl Scout."

Though most celebrities don’t like their image to be used without their prior knowledge and agreement for marketing purposes it's highly likely Leo won't mind. The money from cookie sales goes towards the Girl Scouts’ educational trips and badge-earning projects and also helps them with their community service missions.