While Kim Kardashian and Kayne West decided to take the religious route when it came to naming their newborn son Saint, other parents seem to be heading in a more regal direction. As the new year approaches, trends for baby names are already being predicted and one such prediction includes names fit for a king or queen.

Facebook founder Mark Zuckerberg and his wife Priscilla Chan already got the ball rolling by naming their first child Maxima. The CEO's daughter shares the Latin-derived name, which means "the greatest," with a distinguished member of the Dutch royal family — Queen Máxima of the Netherlands.

While naming babies after royal figures will always be in vogue, it appears some parents are trading traditional royal names for more literal monikers such as Prince or Reign, like Kourtney Kardashian's 11-month-old son. 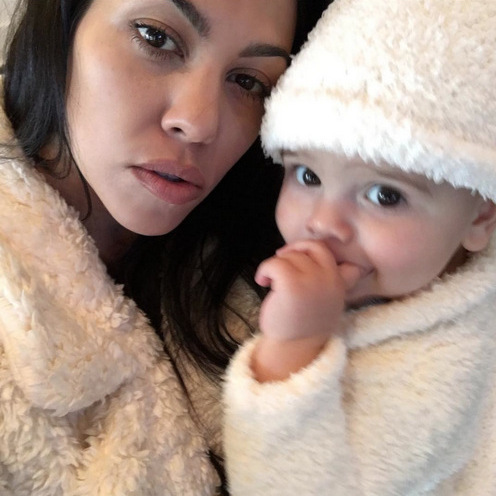 What's interesting about many of these names is that they are not based on royal family names, says Sasha Emmons, editor-in-chief of HELLO! Canada's sister publication, Today's Parent.

"While I’m sure the names young royals like William and Kate choose for their kids will continue to influence baby names, the other trend we’re seeing is choosing names that are literally regal, like Prince, King, Royal and Reign, the name Kourtney Kardashian chose for her youngest child," Emmons said. "I think parents like them because they connote power and leadership, and who doesn’t want their child to grow up to have those qualities?"

The 36-year-old Keeping Up with the Kardashians star was clearly ahead of the curve, having welcomed her third child, Reign, back in 2014 with then-partner Scott Disick. Whatever little Reign's future may hold, a recent photo of the reality star's son indicates that he is already a trendsetter like his big cousin, North West. The tot donned ripped jeans, a Yeezus t-shirt and little black boots while playing with a guitar.

Other A-list fans of monarchical monikers include Lil' Kim, who welcomed her baby girl Royal Reign in June 2014, while Jermaine Jackson was ahead of the curve, choosing a mashup of his own name and Majesty, when now-15-year-old Jermajesty Jackson was born.

While we know popular picks like Charlotte, George and Catherine won't be going anywhere anytime soon, we can't wait to see which new regal names will reign supreme in 2016.