The Titanic star, who stopped to chat with HELLO!, made quite the impression in the floor-length creation, which showed off her incredible figure. Kate was also joined by co-star Michael Fassbender, and the pair were soon laughing and joking around together as they celebrated the launch of their new film.

Kate is renowned for her positive take on body image, publicly shunning airbrushing. However, the Oscar-winning actress has previously confessed that she has worked hard to maintain this attitude. 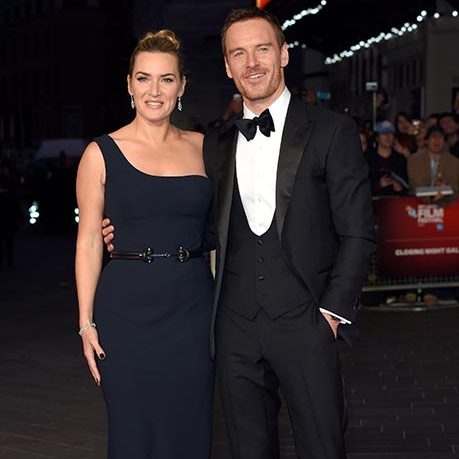 "When I grew up, I never heard positive reinforcement about body image from any female in my life – I only heard negatives," she admitted during an episode of Running Wild With Bear Grylls. "That's very damaging, because then you're programmed as a young woman to immediately scrutinise yourself and how you look."

It's not the first time that the mother-of-three has spoken out about the way the media portrays women's bodies. In 2003 she famously addressed GQ magazine after they airbrushed a photoshoot she had starred in for them.

"The retouching is excessive," she said in a statement at the time. "I do not look like that and more importantly, I don't desire to look like that."

WATCH HELLO!'S INTERVIEW WITH KATE AND MICHAEL ON THE RED CARPET: