Iggy Azalea may have a new body part to write about. The “Booty” singer told Vogue in their April issue that she recently got breast implants. When asked what she would change about her body, the 24-year-old replied, “I did change something. Four months ago, I got bigger boobs! I’d thought about it my entire life.” 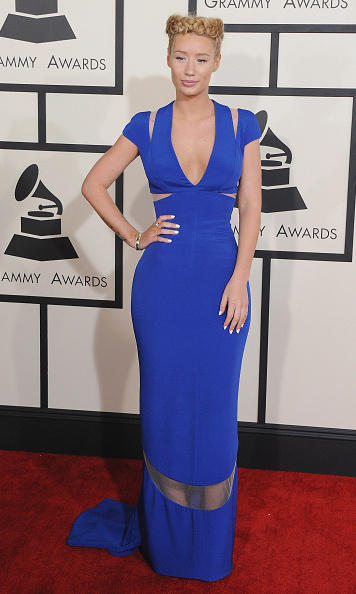 While the rapper thought about keeping this news close to the vest, she continued, “I decided I wasn’t into secret-keeping.” For years, she would sew padding into her performance outfits. Even with her new figure, she still has to have her clothes custom-designed. “It’s about proportion,” she explained. “I have to have everything tailored because I have such a small waist. I’m a 2 or a 0 on the top and a 6 on the bottom.”

The “Fancy” songstress also took part in Vogue’s “73 Questions” video, which was filmed in her luxurious Beverly Hills home. When asked what the biggest misconception about her is, Iggy replied that she's her harshest critic. “I think that people think I think that I’m the sh—t, when I’m actually very critical of myself.”


Surprisingly, Iggy also mentioned that she would want to duet with someone who is all too familiar with disproportionate assets — Dolly Parton. She also credits Missy Elliott as her biggest musical inspiration.

As for being famous, she mentioned, “I think [being famous is] a total mess, but it’s awesome.”