Reunited, and they look so good! Style pals Queen Letizia and Argentina’s First Lady Juliana Awada are back together again. King Felipe and his wife met with Argentine President Mauricio Macri and his wife after traveling across the pond for the first official Spanish state visit to the South American country in over 15 years. 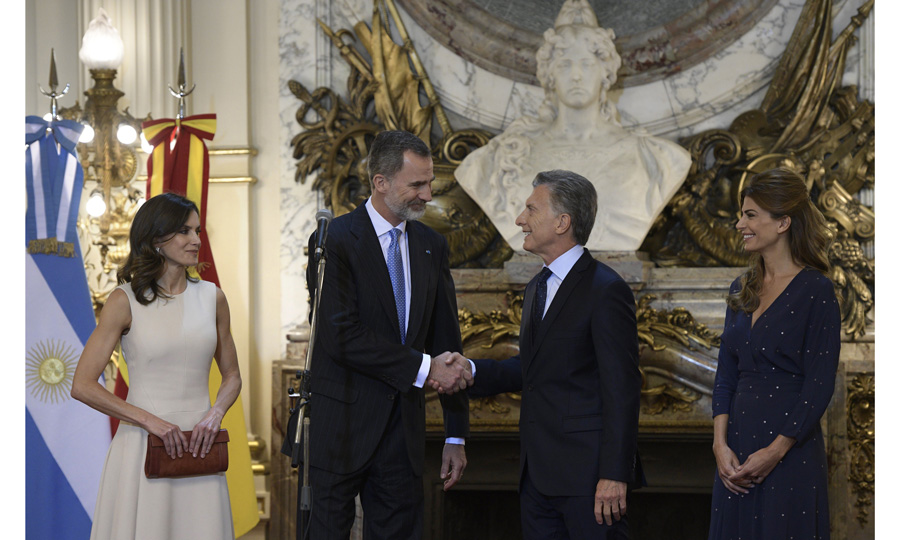 The Spanish royals traveled to Argentina for a state visit

Letizia and Juliana were all smiles as they reunited on Monday, March 25. The Spanish Queen, 46, looked characteristically stylish wearing a sleeveless cream frock that showed off her toned arms. Her Majesty accessorized her look with a brown clutch, matching shoes and drop earrings.

Meanwhile, the first lady stunned in a navy dress that featured simple, little polka dots throughout, while wearing her long tresses in a half-up ‘do. The two women twinned styling their brunette locks with soft curls. 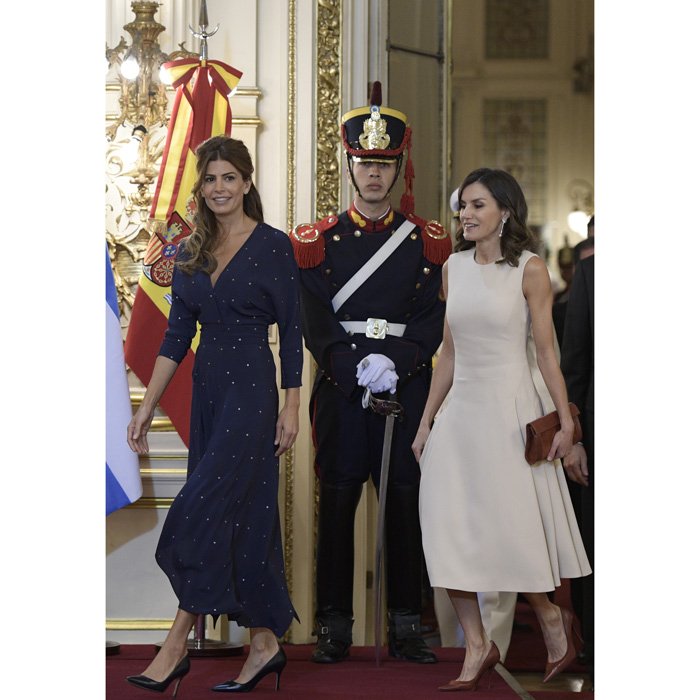 Letizia and Juliana stunned in chic dresses on March 25

The monarchs, who arrived on Sunday, March 24, were warmly received by Juliana, 44, and her husband at the Casa Rosada Presidential Palace in Buenos Aires, where a welcoming ceremony was held on Monday. Letizia and Felipe's three-day trip aims to “highlight and reinforce the historical bonds and the bilateral relations between both countries.”

The royals' state visit comes two years after the first couple of Argentina visited them in Spain. At the time, Letizia and Juliana put their fashion credentials on display with an array of glamorous looks. 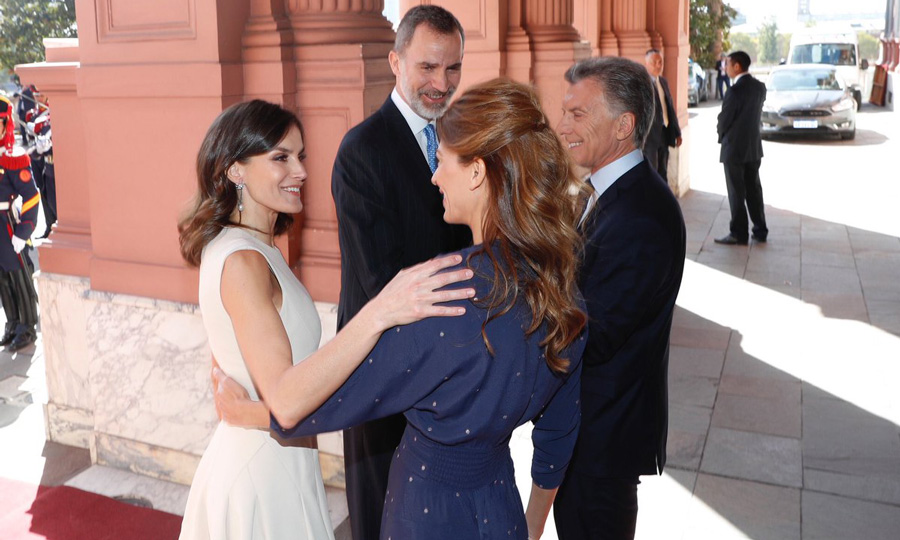 Argentina’s first lady is beloved by a number of royal women. On various outings, Juliana has shown off her friendship with Queen Maxima of The Netherlands, Queen Rania of Jordan, and, of course, Letizia. And while not royal, the first lady’s regal sense of fashion certainly rivals some of our favorite Queens.