Princess Eugenie and Jack Brooksbank kicked off their royal duties as a married couple. The newlyweds stepped out to their first royal engagement on Thursday afternoon and paid a visit to the Royal National Orthopaedic Hospital in London to open the new Stanmore Building alongside Eugenie’s father, Prince Andrew. The 28-year-old appeared chic and elegant in a cream-colored minidress by Maje that featured a V-neckline and gold buttons down the front. Eugenie teamed her boucle dress with classic black heels and statement handbag. 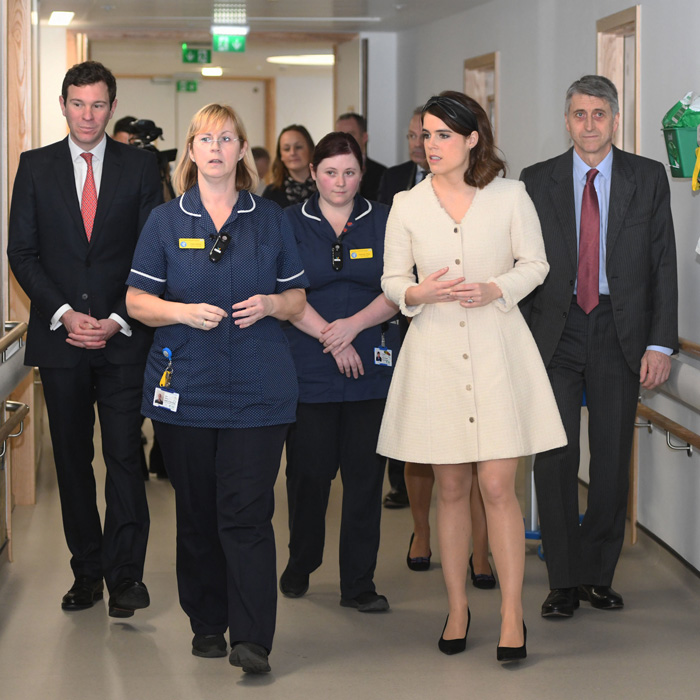 The royal wore her hair down in loose waves and added a very on-trend accessory: a black headband. Meanwhile, her husband appeared dapper in a black suit and a red patterned tie. The Royal National hospital is a memorable place for Eugenie as it is where she underwent surgery to correct her scoliosis when she was just 12-years-old. The young Princess had two metal rods inserted along her spine and one and a half inch screws were placed on her neck during the lengthy eight-hour procedure.

MORE: Princess Eugenie's secret third wedding look is nothing a royal's ever worn 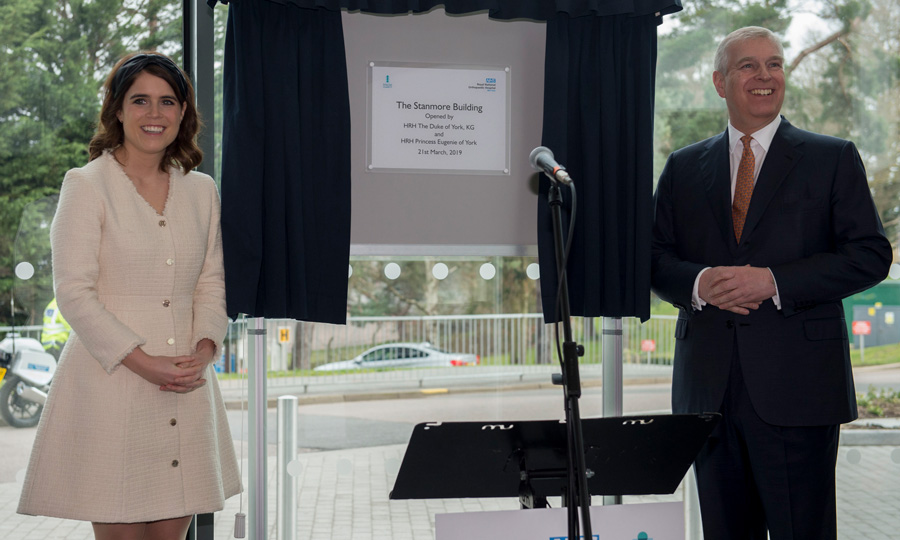 The couple attended the opening of the new Stanmore Building alongside Eugenie's father, Prince Andrew

Before she was able to walk again, Eugenie spent three days in intensive care followed by a week on a ward and six days in a wheelchair. Prince Andrew’s youngest daughter has been very open and vocal about her surgery. For International Scoliosis Awareness Day in 2018, Eugenie took to Instagram to share photos of her personal X-rays and wrote, "Today is International Scoliosis Awareness Day and I'm very proud to share my X Rays for the very first time. I also want to honour the incredible staff at The Royal National Orthopaedic Hospital who work tirelessly to save lives and make people better. They made me better and I am delighted to be their patron of the Redevelopment Appeal." 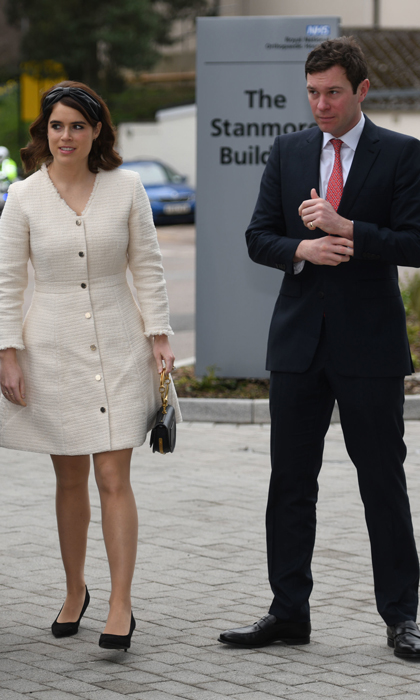 This was the newlyweds' first royal engagement as a married couple

On the day of her wedding in October, the bride even wore a gorgeous dress with a low back as a proud statement of her life-changing surgery.