Princess Eugenie created her own hashtag to mark a special milestone with her husband Jack Brooksbank! Queen Elizabeth’s granddaughter took to her Instagram with a sweet Throwback Tuesday post on January 22. “#tbt to exactly this day last year – Jack and I announced our engagement. What a year it’s been since then and how exciting for 2019.” The Princess wrote the caption next to one of the official pictures from her and Jack’s engagement photoshoot done by photographer Jonathan Brady. 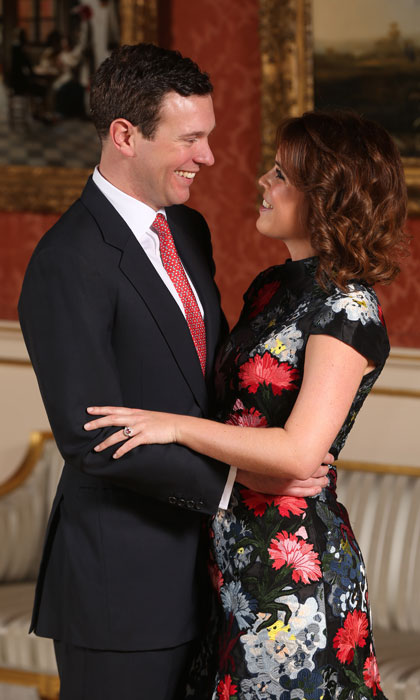 In the photos, the 28-year-old Princess and her longtime love posed sweetly. In one picture, Eugenie and Jack proudly embraced as she showed off her engagement ring, which included padparadscha sapphire surrounded by diamonds, and floral Erdem dress. In another, the couple, who dated for seven years prior, romantically gazed in each other’s eyes. Buckingham Palace shared the news in an official statement.

“The Duke and Duchess of York are delighted to announce the engagement of Princess Eugenie to Mr. Jack Brooksbank. Her Royal Highness and Mr. Brooksbank became engaged in Nicaragua earlier this month,” the official statement read. At the time, Eugenie opened up about the magical proposal during an interview with BBC.

“The lake was so beautiful, it was a special light and I even said 'this is an incredible moment' and then he popped the question, which was really surprising even though we had been together seven years," she said. "It was the perfect moment because we knew it was going to end up this way. I was over the moon, crying.” 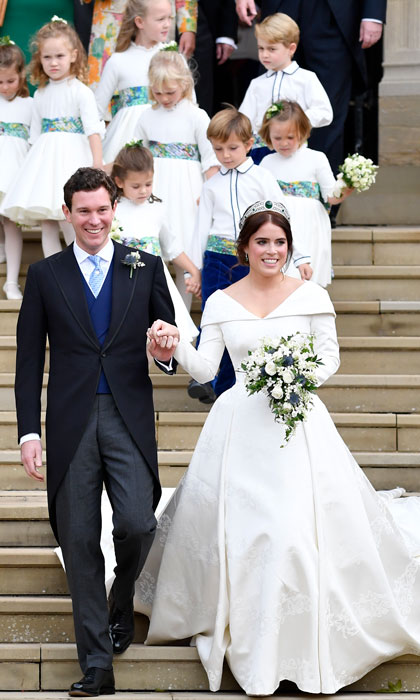 Princess Beatrice’s little sister and her husband  officially tied the knot – ten months later on October 12 – during a magical wedding ceremony at Windsor Castle. Eugenie, who wore a gown designed by Peter Pilotto and Christopher de Vos, said “I do” in front of a host of royal family and celebrity friends, during a ceremony that was broadcasted live around the world.