Being "gorgeous" has its drawbacks — just ask Charlize Theron. The blonde beauty opened up to British GQ about losing out on film roles because she was too pretty. "Jobs with real gravitas go to people that are physically right for them and that’s the end of the story," she told the magazine's May issue. "How many roles are out there for the gorgeous, gown-wearing eight-foot model?"

The Huntsman: Winter's War star added, "When meaty roles come through, I’ve been in the room and pretty people get turned away first."

However, Charlize did earn her first Academy Award for Best Actress back in 2004 thanks to a far from gorgeous role. For the 2003 crime film Monster, the 40-year-old underwent a dramatic transformation, putting on 30 pounds and wearing prosthetics to portray serial killer Aileen Wuornos. Charlize scored a second Oscar nomination in 2006 for playing the part of a miner in the drama flick North Country. 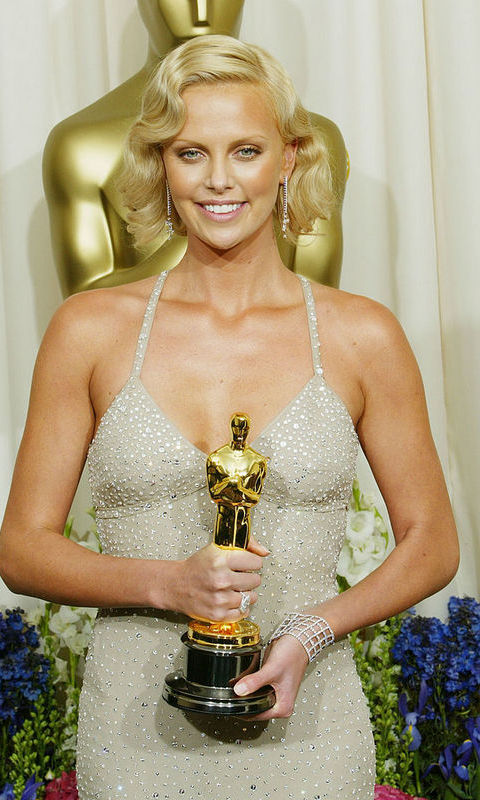 While the actress has been able to break out of being typecast for her beauty, she also admitted in the new interview that there is a double standard when it comes aging for men and women. "We live in a society where women wilt and men age like fine wine," she said. "For a long time, women accepted it. We were waiting for society to change, but now we’re taking leadership."

Charlize added, "It would be a lie to say there is less worry for women as they get older than there is for men… It feels there’s this unrealistic standard of what a woman is supposed to look like when she’s over 40.”