Gladiators have another reason to envy Kerry Washington, and it's thanks to celebrity hairstylist Larry Sims. The 38-year-old Scandal star debuted a brand new shorter do at the screening of her new HBO film Confirmation during the 2016 Sundance Film Festival.

Kerry turned up the heat in chilly Park City, Utah when she took the red carpet rocking a fresh bob that happened thanks to her mane man. "I definitely suggested the change," Larry, who has been working with Kerry on and off for the last few years tells HELLO!. "I mean she was open to the change, she was ready and looking for something fun to do so I suggested it. We looked at a few different ideas, and we just went for it and the end result is what you guys saw on the red carpet." 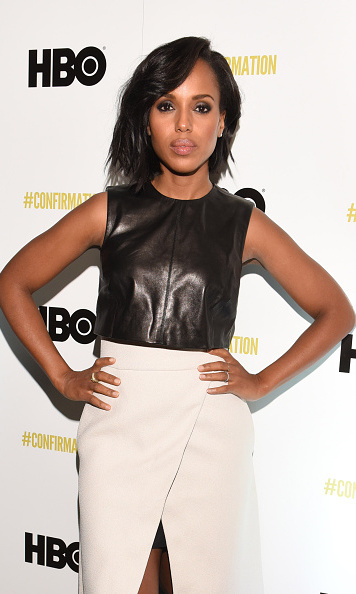 Kerry's new cut, which was achieved by a razor, is longer toward the front and shorter on the right side. Showing off the actress' amazing cheekbones and facial structure. When it came to the end result, Kerry loved. it. "She looked in the mirror after we were done and she absolutely loved it," Larry says. "There was a team of us around and we gave her the thumbs up, and she played with it and shook it out; she thought it was fun."

He continued: "We played with tucking it behind the ear, we played with flipping it on the sides. It’s such a versatile cut. It was pretty much that simple. She loved it, she touched it, she played with it and we have been good to go." 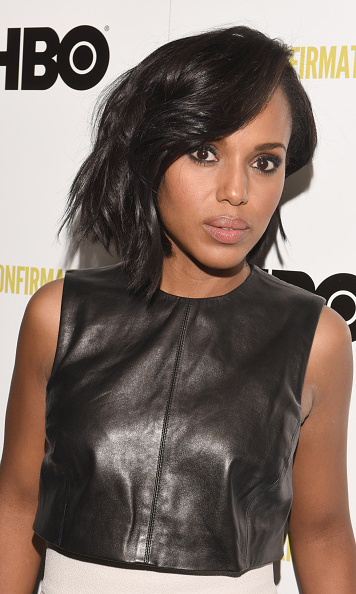 When the moment came to take Kerry's tresses from longer to shorter, according to Larry, the daring fashionista didn't have any apprehensions. "You know Kerry is a fashionista, she has a really amazing sense of style and in her everyday life, she’s just a stylish chick and she gets it," he explains. "She fully committed to it and we weren’t worried about it at all. Needless to say, if she ever needed any help, she has all of us at her fingertips. And it’s still at a nice length where it’s sexy, you can still put it up if you need to, you know it’s a practical cut."

He continued: "With that type of cut in particular, even if you’re having a bad hair day, with a great cut your bad hair day is still gonna look dope. She could walk out of bed and just shake her hair and it will be great. She could also let that hairstyle air dry and have it with a little bit of texture and it will still look edgy and cool and interesting."

Kerry wasn't the only one at Sundance rocking one of Larry's magical cuts. Actress Gabrielle Union showcased a longer bob, a look he says is a fresh step away from her longer more familiar tresses.

Larry's work has also been spotted in Cover Girl Zendaya's new video for "Neverland." The key to working with various ladies, with various styles, is embracing their natural hair types and textures. "One thing that they do all have in common is that they all love natural texture," Larry shares. "No one has a relaxer or any chemicals in their hair. I definitely play with extensions on everybody obviously, but at the same time, everybody embraces their natural texture."