In the past, Demi Lovato has opened up about her struggles with depression and eating disorders. Now in an interview with Allure magazine, the former Sonny with a Chance star is sharing her one regret from her Disney days. "I signed with Disney Channel when I got 'Camp Rock,' and I had a gap between my two front teeth," she said of herself at 15. "They were like, 'Would you be willing to fix it?' I wish today that I hadn't, because my gap was really cute." 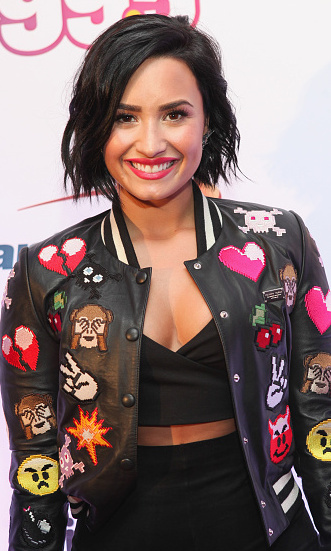 Now 23, she has become a proponent of healthy body image for women. The “Confident” singer told the magazine's February issue, "I realized I could help people.” She continued, “It creates a conversation -- there's an opening for children themselves to actually come forward and say, 'This is what I’m dealing with.' Or 'I have a problem. I need help.'"

While Demi's words have inspired many, she revealed that her discussion on body image has prompted some individuals to tell her to “stop talking about eating disorders” and to even “shut up.” The makeup creator, who launched a collection with NYC New York Color called Lovatics, continued, “I started wearing sexier stuff, and I got some hate for that -- like, 'You've changed.'" Though the pop star said, "It's like, What's wrong with being confident enough to wear this?"

On Tuesday, the singer shared an untouched, behind-the-scenes photo from her Allure shoot. Demi captioned the bathroom selfie, "Behind the scenes (and bathroom door) of my Allure cover shoot.. Posting a #nophotoshop pic because I'm proud to show my body the way it naturally is.. (And there was great lighting...) #Allure #CONFIDENT." 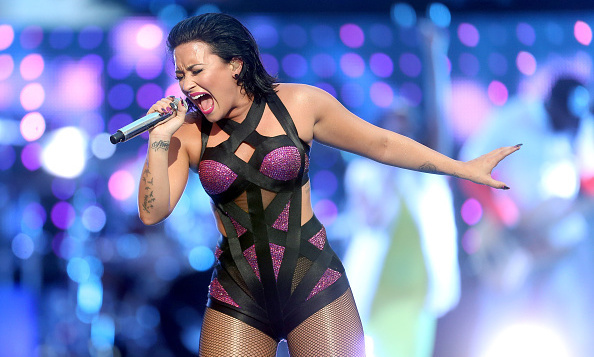 These days, Demi is feeling more confident than ever. “I've never felt as confident in my skin as I do today,” she admitted. "A year ago, on tour, almost every inch of my body was covered by clothing ... Once I started feeling better about myself, I felt better about showing more skin."

Her sexier look she said can also be seen as a statement, “Like, 'Hey, watch out. You're no longer getting the insecure Demi that you've been getting for the past couple of years.”

She added, “I mean business now."