Just a few days after tying the knot to her fiancé Cutter Dykstra, Jamie-Lynn Sigler has revealed she has multiple sclerosis. The 34-year-old opened up to People magazine about her secret battle with the degenerative disease, which she was diagnosed with 15 years ago when she was just 19 years old.

In the new candid interview, The Sopranos star admitted she hadn't felt emotionally ready to reveal her condition to the public until now. 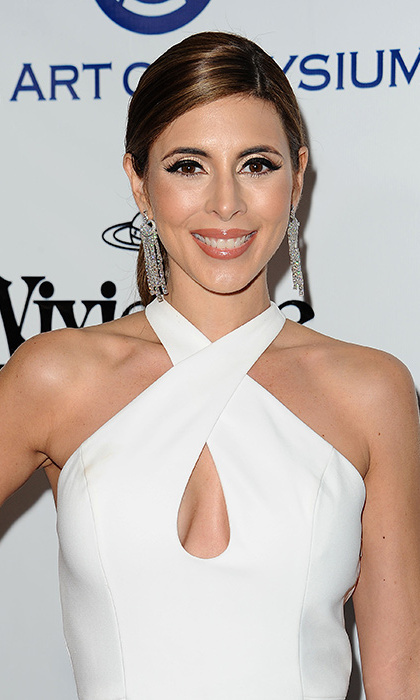 "I wasn't ready until now," Jamie-Lynn said. "You'd think that after all these years, somebody would be settled with something like this, but it's still quite hard to accept."

The actress said she was symptom-free "for quite some time," but that the disease, which damages the central nervous system, had "reared its ugly head over the past decade."

"I can't walk for long periods of time without resting," she revealed, adding with a laugh. "No superhero roles for me! Stairs? I can do them but they are not the easiest. When I walk I have to think about every single step, which is annoying and frustrating."

Following Wednesday's revelation of her MS, Jamie-Lynn took to her Instagram to write, " This has been a part of me, that for many reasons I was terrified to share for the last 15 years since I was diagnosed..but I've finally found the strength to come forward and be ok with who I really am and trust that life will still have things to offer even though I have this disease."

She admitted that while the disease has "slowed" her down and can make things challenging, she noted that there is still a lot she "CAN do" and hopes to become an example for people who are struggling to push past their circumstances. The actress also thanked those closest to her, including her husband and son, she said for protecting her "when [she] was too scared to share this publicly, for fear that everything would go away."

Jamie-Lynn added, "You stood by me, helped me when I needed it, and always made me feel loved and worthy of things even when I felt less than and different. I really am a lucky girl and I can't wait to see what life has in store for me now that I can finally live my truth."

Thank you to my sweet friend @annievovan for reminding me to take a minute during these hectic times, and allow her to capture the sweetest moments with me and my family. I'll treasure these Annie!! Xoxoxo


News of the actress's health came just a few days after she married pro baseball player Cutter Dykstra in Palm Springs. The couple was joined by around 150 friends and family, including their two-year-old son Beau.

Jamie-Lynn credits her husband and their little boy for giving her the courage to speak out. She said, "I'm at a point in my life with my son, with my new marriage, it's a new me. I don't want to hold a secret where it feels like I have something to be ashamed of or have something to hide. It's part of me, but it's not who I am."

The star added that she also felt it was important to speak out for Beau's benefit. "I didn't want him to get to an age where he felt like he had to keep this secret for me as well," she admitted. "I wanted to be an example to him of strength and courage."