A delightfully tasty celebration is in order as we celebrate the birthday of the accidental chef Ignacio Anaya García — the inventor of the nachos. Thursday, August 15, is the 124th birthday of our dearest Nacho (also a nickname for those with the name Ignacio), who was said to have created the fan favorite dish on the fly in 1943 in the border town of Pedras Negras, Mexico. For his momentous (and accidental) contribution to the culinary world (and our stomachs), Google has decided to honor him with a very special doodle to commemorate him. They created a GIF of him in the kitchen preparing this iconic shareable picadera-style dish adding its original ingredients: tortilla chips, melted grated cheese (mmm, cheese) and jalapeño slices.

More: Lauren Arboleda cooked her way to the top to win MasterChef Latino

Legend has it that el señor García was the maître d’ at a restaurant that he worked at in Pedras Negras and that one day, while the chef was out, a group of American soldier's wives from the nearby Eagle Pass Army Airbase stopped by to eat. Unable to find said chef, Iggy took it upon himself to prep something for the lovely ladies who had come in. That’s when the magic happened and we were blessed with the gift that keeps on giving: nachos. The “Nachos especiales” were a yummy hit (and still are today) and were added to Club Victoria menu. 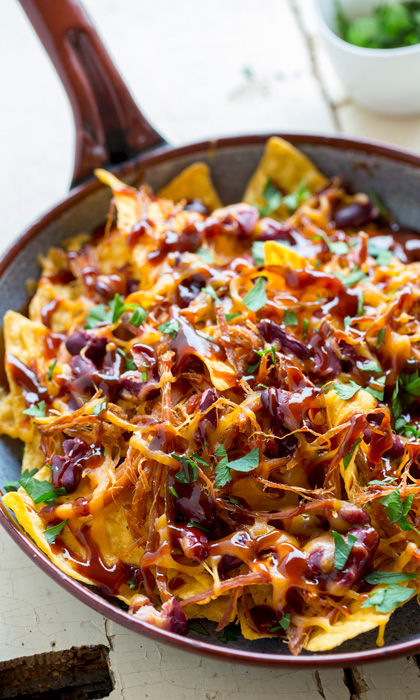 Later, Nacho (the man) went on to start his own uniquely named restaurant — Nacho’s Restaurant in Eagle Pass. In an interview he had with the San Antonio Express-News in 1969, he shared that he never made any money off of his invention. He said that the “only man making money on nachos is the man selling the cheese and jalapenos." But fret not, if you cannot make it out to celebrate today, you will still have another chance to celebrate Iggy and his nacho-rific creation on October 21 which happens to be the International Day of the Nacho. Happy eats, my peeps!