While there are plenty of differences between Kate Middleton and Meghan Markle – Prince William's wife is an English mom-of-three who joined the British Royal Family after a seven-year courtship, while Prince Harry's wife is a California native and Hollywood actress whose fairytale wedding followed a whirlwind romance – it seems that the two sisters-in-law have found some common ground when it comes to their style. In fact, could Meghan be influencing her fellow Duchess' fashion choices? After Meghan donned her signature off-the-shoulder look at three high profile royal engagements in the past month, Duchess Kate was spotted at the polo over the weekend wearing a Zara dress in a similar style. 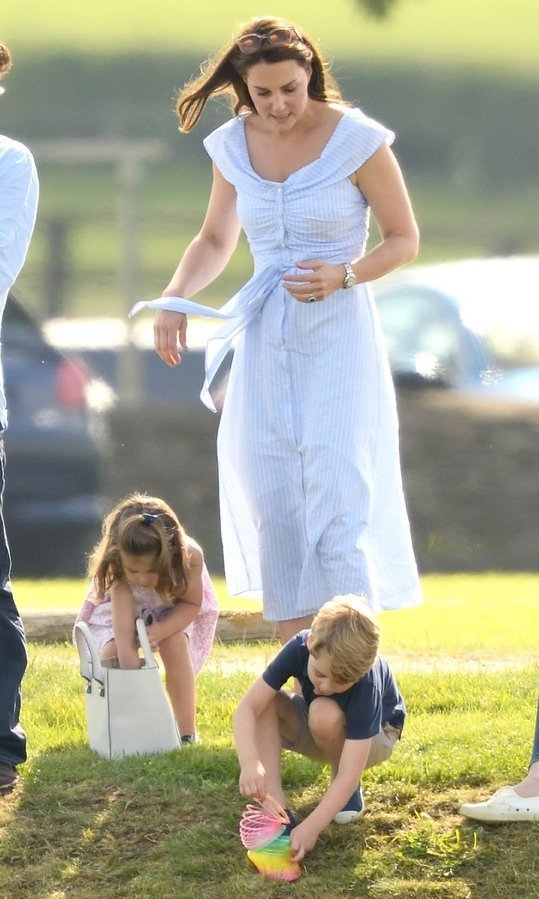 RELATED: ALL THE PHOTOS OF MEGHAN AND KATE AT TROOPING THE COLOUR

The Duchess of Cambridge wore the $69.90 light blue Zara dress with a portrait collar – a flattering shoulder-baring, arm-covering style that Meghan loves – as she looked after daughter Princess Charlotte and son Prince George at the Maserati Royal Charity Polo Trophy at Beaufort Park on June 10 in Gloucester. The look came just one day after Duchess Meghan wore a rather more luxe take on the look, wearing bespoke Carolina Herrera as she took part in Trooping the Colour, Queen Elizabeth's official birthday parade, for the first time.

PHOTOS: THE BEST PICS OF KATE PLAYING WITH PRINCE GEORGE & PRINCESS CHARLOTTE AT THE POLO 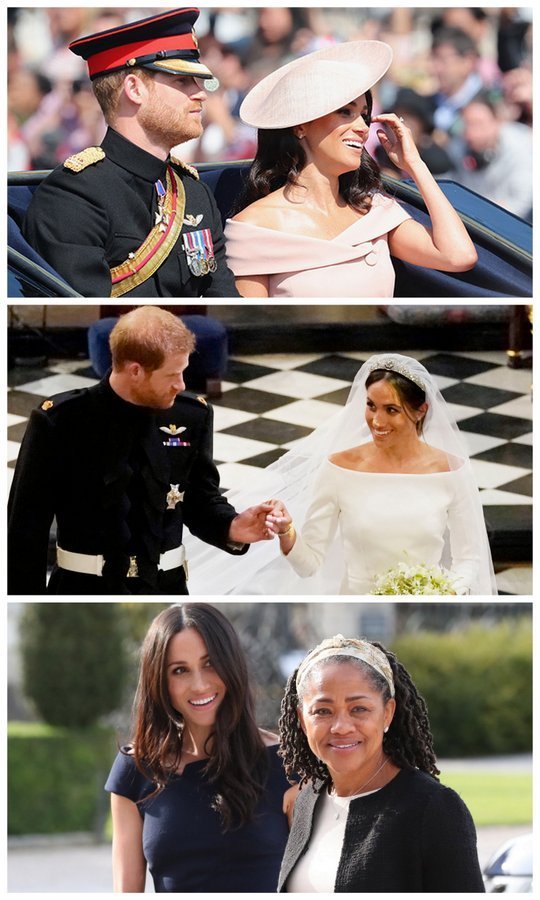 Coincidence? Meghan has worn the off the shoulder neckline three times in the past month, from top: for Trooping the Colour, at her royal wedding and on the eve of her nuptials, joined by her mother Doria Ragland Photos: Getty Images

Thanks to her Hollywood career, Meghan is quite savvy when it comes to looking picture perfect from every angle and she seems to have adopted the off-the-shoulder silhouette as her trademark. When she arrived at Cliveden House on the evening before her May 19 royal wedding, the newly-minted royal wore a navy Roland Mouret take on the style, and of course, Meghan opted for a gorgeous bateau-neck long-sleeved dress by Clare Waight Keller for Givenchy on her royal wedding day.

MORE: MEGHAN'S GIVENCHY WEDDING DRESS, ALL THE DETAILS AND PHOTOS FROM EVERY ANGLE

It's more rare to see Duchess Kate opting for the off-the-shoulder silhouette, although when she does choose it – for example when she wore a Barbara Casasola knit for a Natural History Museum gala, or her blue Roland Mouret gown to the 2016 Sports Aid charity dinner – it definitely brings out the discreet royal's inner Hollywood star.