Cindy Crawford has no problem with her daughter Kaia Gerber following her footsteps and stepping in front of the camera. In fact, the veteran supermodel shared that it's not the modeling path that concerns her when it comes to her 15-year-old daughter, but the pressure.

“I have no concerns with Kaia wanting to do it and she respects me because I’ve been there and I feel like I’ve been a great mentor,” Cindy, 50 said inside of the February issue of Vogue Australia. 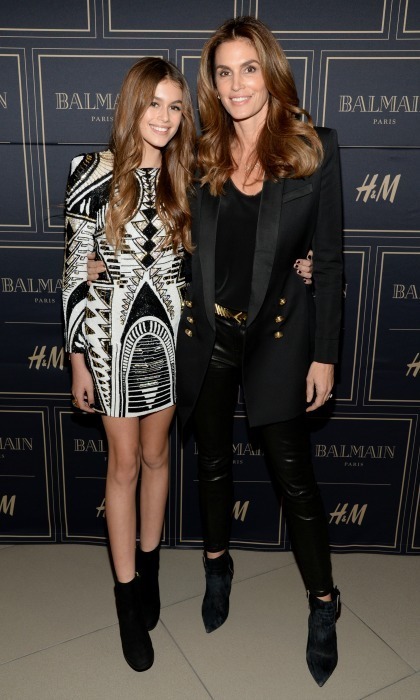 Cindy said her only concern about Kaia entering the modeling world is the pressure Photo: Michael Kovac/Getty Images for H&M

“The only concern I have for her, and it isn’t an issue, is that in the modeling world I hit the top, and if she doesn’t it might be a lot of pressure for her."

She continued: "If you have a successful parent and you go into the same business but if you’re not more successful, then what?”

On sale next Monday, @cindycrawford stars on the March 2017 issue. Styled by @paulcavaco, photographed by @emmasummerton and interviewed by @zara_wong.

It appears Cindy's fears are unfounded, as Kaia is already making waves in the fashion industry. The teenager has already starred on the cover of Vogue Paris alongside her mother, and was named as the face of the new Marc Jacobs Beauty campaign in September.

Kaia's stunning looks also saw her named Breakthrough Model of the Year at The Daily Front Row's Fashion Media Awards – suggesting she has huge potential to achieve great things in the future. 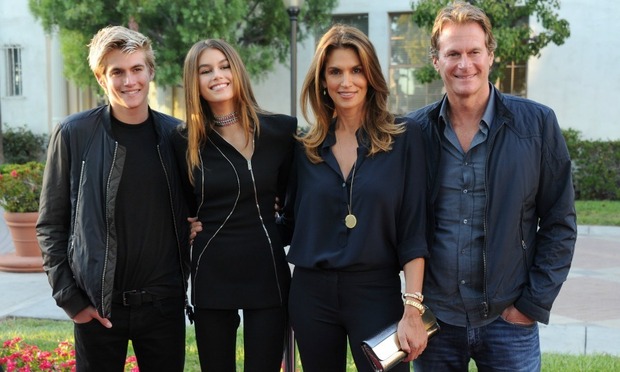 Cindy's son Presley has also made his mark in the fashion industry Photo: Gregg DeGuire/WireImage

Cindy, whose 17-year-old son Presley Gerber has also found success as a model, starring in campaigns and catwalk shows for designers including Dolce & Gabbana and Moschino, appears to have inspired her daughter to become a model. Kaia admitted in an interview with Pop that she had known from a "super young age" that it was what she wanted to do.

"It's not like I never dreamed it could happen because it's really all I dreamed about," the August cover star shared. "But I never thought it'd happen this early. It didn't hit me until mom and I got the French Vogue cover – even after that I was like, 'wait, is this really happening?' I'm still kind of shocked."