You can bet Sylvester Stallone’s daughters — Scarlet, 14, Sistine, 18, and Sophia, 20 — are going to be knockouts at the 74th annual Golden Globe Awards. The young beauties, who are making history this Sunday as the first siblings to serve as Miss or rather Misses, Golden Globe, will be following in the footsteps of previous Hollywood offspring.

As for what they will be wearing for the glamorous night? The Creed star and Jennifer Flavin's daughters revealed to People magazine during the award show's preview day at the Beverly Hilton, that they plan on coordinating their ensembles to match each other. 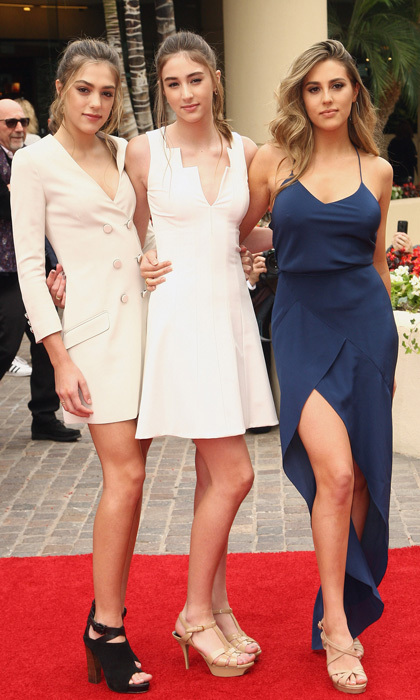 “I think we’re all going to have the same color scheme so we match in that department but each have a different style that complements our body shape and incorporates each of our individual personalities in each look,” Sistine said.

A look at the 2017 Golden Globe nominees

While her style is chic, her younger sister Scarlet’s is more “tomboyish.” Sophia being the eldest plans on going for a more mature, classic style. “Since I’m the oldest, I try to stay a bit more sophisticated and keep it simple,” Sophia said. “Out of everyone I think Sistine can rock the complex, cool, rocker look.”

FAMOUS MISS AND MR. GOLDEN GLOBES THROUGH THE YEARS

To complete their award show looks, Sylvester’s daughters have already picked out comfortable footwear in order to avoid any mishaps on stage. “I’m planning on wearing some damn good heels so I don’t fall over,” Sophia said. “I think out of everyone, Scarlet will trip … We call her the baby giraffe.” 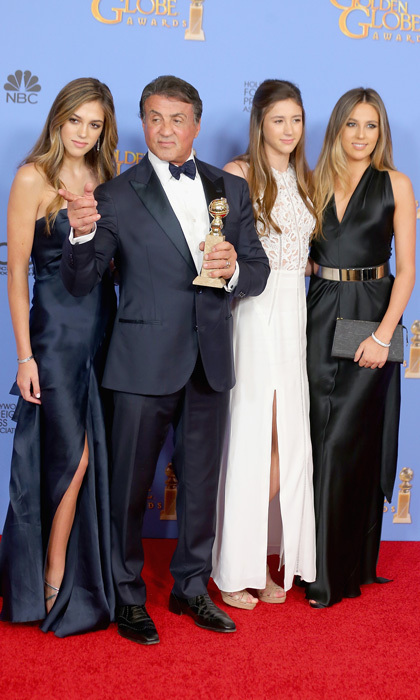 Scarlet agreed, “I’m the most clumsy out of all of them.”

Whether the girls will walk the red carpet with dates remains unclear. Back in December, Scarlet told E! News, “Probably not.” Meanwhile Sistine said at the time, “That's a conversation we need to have now that you just reminded me. You would think that he's so against it, because he's Rambo and he's going to show up with a bazooka at the door when they come, but really he's very nice!"