As the Kate Middleton prepares to launch an overseas visit to India and Bhutan with husband Prince William, of course we can't wait to see what she'll be wearing on the week-long tour. She's the Queen of recycling her fave outfits – and of diplomatic dressing – so we're expecting to see some of both during the trip.

For her tour of Southeast Asia in 2012, she wore a dress by Singapore-born designer Prabal Gurung for a state dinner hosted by the President of Singapore, she sported Canadian designer Erdem's creations during her trip to Canada in 2011 and Kate sported a black dress embroidered with silver ferns, the emblem of New Zealand, for her tour of the country in 2014. 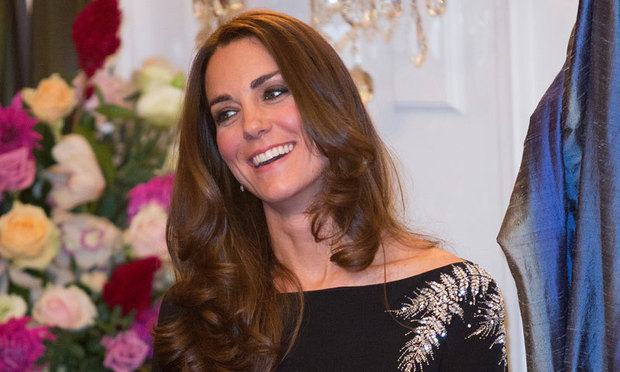 Kate during her tour of New Zealand in 2014 Photo: Getty Images

With this in mind, we're first turning our attention to Indian designers.

Our first bet is on Saloni, a London-based brand whose founder, Saloni Lodha, was born in India. Just days after the royal was officially announced last year, Kate stepped out for The Fostering Awards wearing an $844 chic blue dress by the fashion house.

The choice implied that Kate was already considering her tour outfits, and we wouldn't be surprised if she recycled the exact dress – it looked stunning on the pretty brunette. 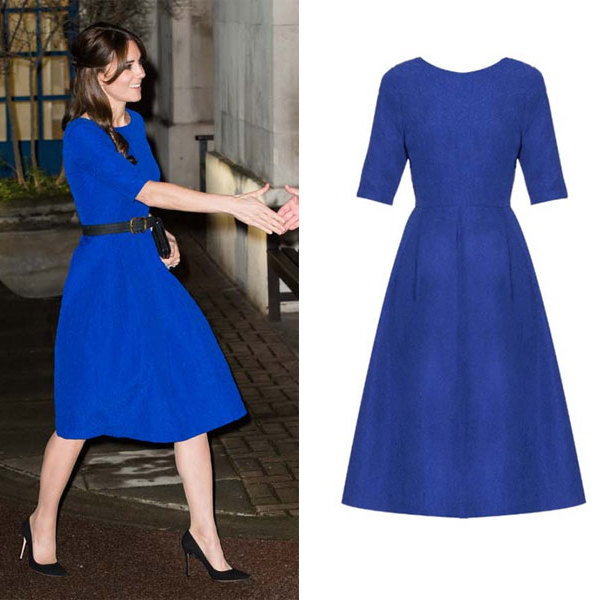 The brand has long been championed by her husband's cousin Princess Beatrice, who was photographed with Saloni at a preview of their Autumn/Winter 2013 collection.

Saloni would be the perfect choice for Kate, given its roots in both Britain and India. Speaking about her brand, the founder recently said: "I always keep in mind my Indian heritage while designing but don't translate it literally into our clothes. I think the way we as a brand celebrate bold colours and patterns is our way of bringing the spirit of India into the collections." 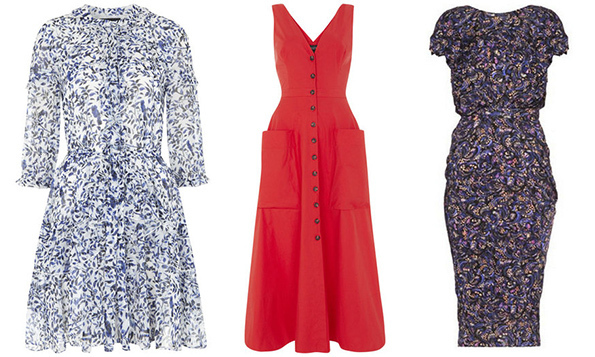 OUR TOP PICKS FROM SALONI: Above, three dresses from the latest collection that we can totally see Kate rocking. The first and third are silk, while the red number is cotton, so all three are suitable for the hot temperatures in India. Saloni would likely customize the red dress, adding short sleeves so it would be a more appropriate option for the royal. 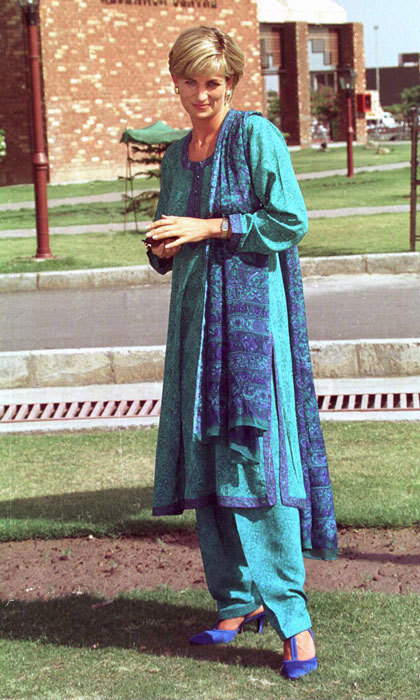 Another Indian designer we're betting on on Kate wearing is luxury brand Ritu Kumar. The label already has a royal connection close to Kate's heart – when Princess Diana visited Pakistan in 1997, she visited the Shaumat Memoriam Hospital wearing a traditional Indian outfit by the designer. 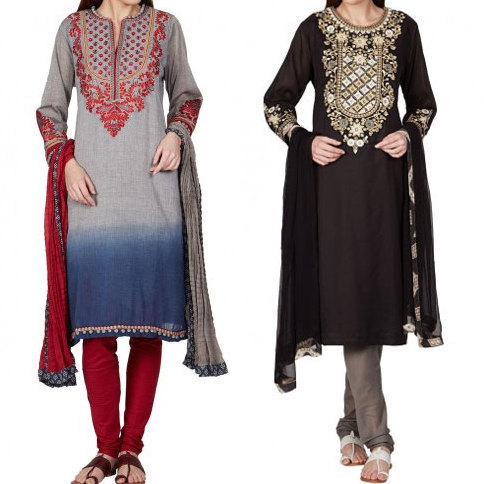 OUR TOP PICKS FROM RITU KUMAR: Here are two potential 'Churidar' suits from Ritu Kumar's website – similar to what Diana wore. The outfits would be a great way for Kate to fully embrace traditional Indian fashion.

Known for championing non-designer brands, we also expect Kate to mix up her looks with more affordable pieces. One of her fave off-the-rack brands is Reiss, and the British label have lots of pretty new collection dresses bound to appeal to the royal. 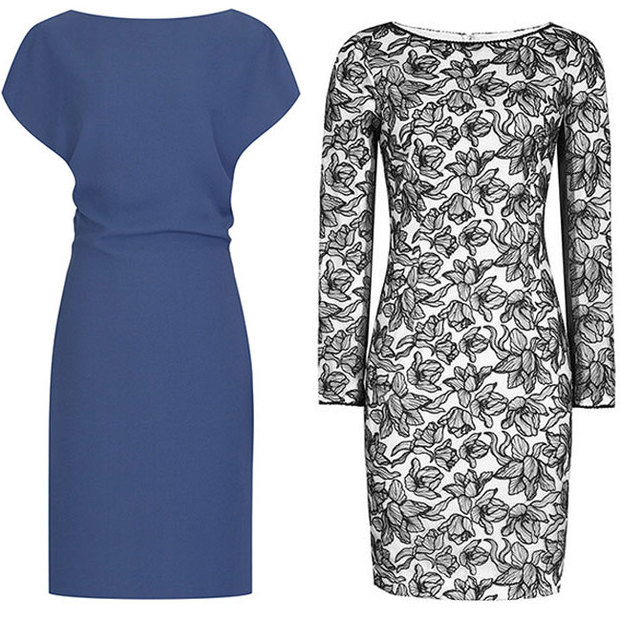 OUR TOP PICKS FROM REISS: Demure sleeves and Kate's favorite sleek silhouettes in prints and cool simple palettes – we think the Duchess would look fab in these budget-friendly dresses Photos: Reiss

Kate's two all-time fave designers are Jenny Packham and Alexander McQueen, the fashion house behind her incredible wedding dress, and she's rarely completed a tour without wearing creations from both. So our money's on the two British designers making an appearance in Kate's tour wardrobe. 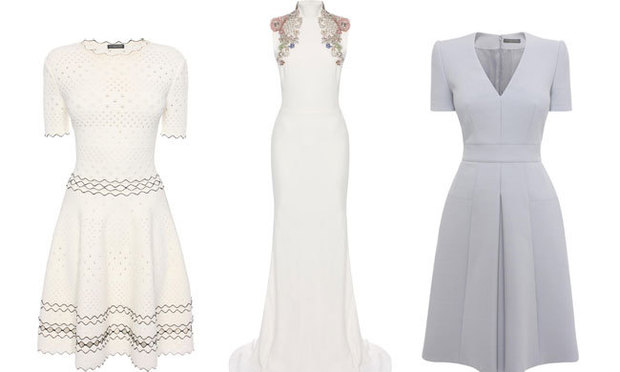 OUR TOP PICKS FROM ALEXANDER MCQUEEN: The fashion house has has a host of princess-perfect looks from which to choose. The long ivory embellished gown would look incredible for one of the evening engagements Photos: Alexander McQueen

As would this Jenny Packham number, though we can see Kate asking the designer to add capped sleeves. 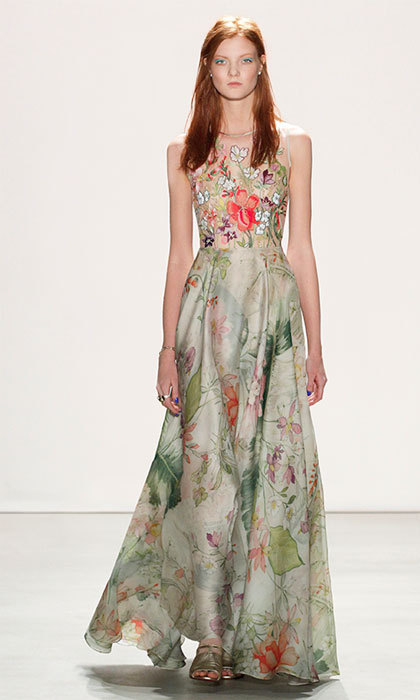 We can see Kate sporting this Jenny Packham gown, maybe with the addition of capped sleeves Photo: Jenny Packham

As they near the end of their tour, Kate and William will head to Bhutan, where temperatures will be much colder, dropping from around 100F to about 50F. The good news is that means the Duchess of Cambridge will have a chance to show off some more royal style – especially her enviable wardrobe of coats!